Frank Carty, a commanding officer for the Tubbercurry Battalion in Co Sligo during the Irish War of Independence, was nearly impossible for the British to arrest and hold to account. 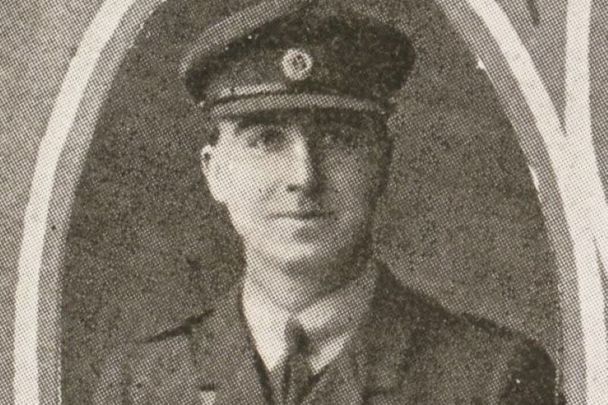 Frank Carty, a commanding officer for the Tubbercurry Battalion in Co Sligo during the Irish War of Independence

An excerpt from Echoes of Their Footsteps Volume I and Volume II by Kathleen Hegarty Thorne, researched by Patrick Flanagan.

Frank Carty was the commanding officer of the Tubbercurry Battalion in County Sligo one hundred years ago. He was not only a super-charged Volunteer but an elusive captive - impossible for the British to arrest and hold to account.

During the year 1920, Carty was involved in numerous attacks. On February 20, a daylight raid of the home of Colonel Alexander Perceval at Templehouse in Co Sligo yielded a few small arms, swords, and several military books. Mrs. Perceval and her children were present during the raid, and she later identified the “well-dressed” Frank Carty as the ringleader (the dapper dresser was actually Jim Hunt). Nineteen men were arrested within the week, but of those placed behind bars, only Frank Carty actually took part in the raid. He was sentenced in April but “rescued from the gallows” in June (Sligo 1914−1921 A Chronicle of Conflict by Michael Farry, pp. 190−193).

Billy Pilkington, the commanding officer of the Sligo Brigade, had summoned men from south Sligo who possessed steady nerves and steely will and who would be unknown to the local RIC. Their mission was to break into Sligo Jail and free the notorious Carty, who not only commanded the Tubbercurry Battalion but also served as the Vice O/C of the Sligo Brigade.

Twenty men served as outposts and scouts on the approaching roads and several were charged with cutting telephone wires at zero hour. Twenty stayed outside the gates of the jail, armed with crowbars, sled-hammers, and a pickaxe, waiting for the signal. Thirteen went over the wall with rope ladders, each assigned a specific duty. Carty was located, and no shots were fired. Minutes later fourteen men stood at the bottom of the thirty-two-foot wall, each waiting for the man in front of him to labourously climb the rope ladder. There wasn’t time! Perhaps they should try to find the keys to the main gate? There wasn’t time! With great trepidation, a Volunteer on the inside whistled, which was the signal for the outside men to break silence and attack the hinges of the gate with furious zeal before the alarm could be sounded. The gates collapsed, and the formerly incarcerated men dashed through them―each to his own safe corner of the county. Carty was driven out of town, and in the coming months, he continued to cause grief to the British authorities.

On 31 August, Carty, Thomas S. McCarrick, and M. J. O’Hara opened fire on an RIC patrol that was just about to enter the barracks in Tubbercurry. Two of the policemen were injured.

On 30 September, twenty-one-year-old District Inspector James Joseph Brady became a victim during an ambush set up at Chaffpool, about three miles from Tubbercurry. Frank Carty and about thirteen other men had directed their fire at an RIC lorry. Brady and Constable O’Hara were reported to have been shot by dum-dum bullets.

A prisoner for but a few months, in February 1921 Carty made another of his famous jail breaks with the assistance of Derry native Charlie McGuinness (McGuinness was the son of a ship’s captain who used to smuggle arms for the IRA) (Republican Internment and the Prison Ship Argenta 1922 by Denise Kleinrichert, p. 26). McGuinness, with the help of a friendly warder, had sent in a hacksaw and instructed Carty to be in the hospital block, which was located at the back of the jail yard. Carty feigned back pains in order to be transferred to the hospital unit.

Three days earlier, McGuinness and Carty had attempted an escape by means of a rope with a large hook attached to its end. On the first toss, the hook didn’t catch, and on the next throw, it became stuck in the coping stone at the top of the wall. When McGuinness’s weight was added to the stress, it gave way. Farewell, opportunity.

On this day, the same scenario was attempted, but this time a ball of twine had been sent into the jail. Carty sneaked to the back wall of the jail, threw the twine over the wall, where it was attached to a rope ladder on the other side and then hauled up over the top. The rest was easy.

Carty was taken to several safe houses in Derry before he sailed to Scotland, where he spent the latter part of February, the entire month of March, and part of April lecturing and training the Glasgow IRA men. In late April, after his presence became known to the authorities, he was again captured.

The Glasgow Volunteers realised there was no hope of rescuing Carty from the formidable jail, which was located in the heart of the city and manned by tough and loyal warders. Instead, they hatched a plan to snatch him in broad daylight on 4 May from his warders as he was travelling through the streets of Glasgow in a prison van between the court and jailhouse. The scheme required split-second timing, perfect communication between various units, and luck.

By the beginning of the Civil War in June 1922, Carty was out of jail, this time plotting against the Free State soldiers. On 1 July, the Market House at Collooney, Co. Sligo, was attacked by men from Frank Carty’s unit, along with members of the East Mayo Brigade, and Republicans from North Mayo (Green Against Green by Michael Hopkinson, p. 159). The Active Service Unit (ASU) from West Mayo, under the command of Broddie Malone, also participated in this venture (My Stand for Freedom by Joe Baker, pp. 42−43).

The next day, a Divisional meeting was held in Sligo town. Liam Pilkington, his adjutant Brian MacNeill, Frank Carty, and Tom Carney (O/C ASU from East Mayo) met to discuss the Republican response to the attack on the Four Courts. Their opinions on a course of action differed widely: Carty wanted to attack Provisional troops stationed in the area; Tom Carney put forth the idea of marching on Athlone; Pilkington and MacNeill wanted to concentrate Republican strength on attacking the Border (Tom Carney, Ernie O’Malley Papers, UCDA P17b/#109). The meeting adjourned with Pilkington and Brian MacNeill headed west to seek advice and agreement with Michael Kilroy and Tom Maguire, both leaders of Flying Columns in County Mayo.

In their absence, Carty and Carney decided to take independent action and attack the important position of Collooney, which they burned. They succeeded in taking over the town and operated freely for the next week and a half (The Aftermath of Revolution Sligo 1921−23 by Michael Farry, pp. 75−76).

In August, Carty’s Column lured a group of forty-five National soldiers out of Tubbercurry and ambushed them. One Free State trooper was killed and a haul of weapons changed hands, including 40 rifles and a Lewis gun (Michael Hopkinson in Green Against Green, p. 215) and (“Irish Civil War,” Meath Chronicle, 2 September 1922, p. 1). (The Aftermath of Revolution Sligo 1921−23 by Michael Farry, p. 81, claims the date as 25 August).

In November, Anti-Treaty men under his command engaged National soldiers at Boherhallagh on the border between Mayo and Sligo. One man from Ballina was wounded before the Republicans retreated toward the Ox Mountains. However, Carty’s men encountered another group of Free State troopers at Church Park, and another sniping attack began anew during which six National soldiers were wounded (Hard Fighting in Poor Times by Pádraig Meer and James Reddiough, p. 45).

Carty continued his attacks on the Free State forces. Slippery, evasive, and wily as ever he avoided the rifles of the Free State troopers until 4 January 1925, when he was captured by the Royal Ulster Constabulary (RUC) at Hilltown, Co. Down, while visiting friends. He was taken to Newry and subsequently to Crumlin Road Jail in Belfast. A week later, he was released from the prison and escorted to an awaiting train that would take him south of the border to Dundalk, there to face the wrath of the Free State government (“This Week’s News,” Longford Leader, 10 January 1925, p. 5) and (“This Week’s News,” Longford Leader, 17 January 1925, p. 5).

In addition to his military escapades, Carty was elected in the 1921 general election to the 2nd Dáil and was re-elected in eight successive general elections. Like other TDs (elected officials) opposed to the Treaty, Carty refused to take his seat and didn’t walk into Leinster House until August 1927, along with the founding members of Fianna Fáil. He also served as Chairman of the Sligo County Council from 1928 to 1934.

Carty’s life was eventful, meaningful, and spirited. But his body did not forget nor forgive all the years of stress, hardship, conflict, or active service. Frank Carty of Clooncunny House, Ballinacarrow, Ballymore, Co. Sligo, died in September 1942. He was but forty-five years old (“Mr. Frank Carty. T. D. Dead,” Irish Press, 11 September 1942, p. 1).