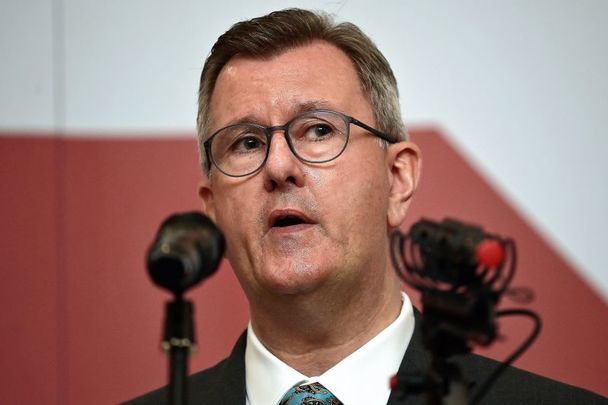 His name was Aidan Wallace. Smaller than most of us. We knew him as “Wee Wally.”

We were in school together. Sports mad and an obsessive supporter of Tottenham Hotspur. He would defend his team against the legions of schoolboy Liverpool, Man United, and Celtic supporters.

Despite his size, he made the school soccer team. I never made the cut, as I am reminded every time our old school friends meet.

I lost touch with him when school was over until his name was announced on the radio.

Aidan Wallace was killed at the age of 22. Gunned down in a random sectarian attack as he played snooker with his 16-year-old brother.

It was three days before Christmas in 1991. A loyalist gang, the UFF,  burst into the bar, firing indiscriminately, injuring three including a 12-year-old boy, and killing Aidan.

He didn’t even see them coming. He was bent over the table to make a pot. He was shot twice in the back of the head.

The gang responsible were police agents, recruited and paid by the RUC Special Branch which held back intelligence on the murders from the investigating teams. Evidence was lost and documents were destroyed. Special Branch officers serving at the time refused to cooperate with the investigation.

The gun used to kill Aidan was subsequently used in a mass shooting by the same gang which left five people dead and many others injured in a bookmarkers shop on the Ormeau Road. The gun was a military issue Browning and had been reported missing from a British Army base in Belfast when it had been handed to loyalists at the direction of the RUC Special Branch.

A Special Branch agent, Ken Barret, who was involved in the killing of Pat Finucane, had been directed by his handler to go to the base where he was handed rifles and two Browning handguns.

He then gave the guns to William Stobie, another Special Branch agent and quartermaster for a UFF gang. Stobie then handed the Browning handgun to his Special Branch handlers.

The gun along with others was now in the procession of the police. The police claimed to have “deactivated” the handgun and not some of the others.

Incredibly all the weapons were returned to the gang. The Browning handgun was used in the killing of six and attempted murder.

No one has been convicted of these murders. The leader of the UFF in South Belfast was outed as an agent by his own organization and fled the country under the protection of his handlers.

This was the latest of a series of reports from across the north of Ireland that found that the RUC Special Branch was involved in recruiting and paying know killers. They facilitated the arming of the gangs, provided intelligence on targets, and cover up their actions.

It was not the case of a few bad apples. Collusion has been identified in a series of police ombudsman's reports covering different times and across geographic areas. It was refined and well-practiced.

It is inconceivable that the RUC members and the leadership of the police were unaware of the activities of the Special Branch. They either turned a blind eye or missed criminality in their ranks. Silence was complicity and incompetence no excuse for a coverup.

It is hoped that the findings of the ombudsman might bring some vindication and comfort to the families bereaved and those left injured. It should lead to further judicial inquiries and criminal investigations.

Collusion is irrefutable. The finding that the police (the police ombudsman has no jurisdiction of the military) were involved in mass murders is a fundamental challenge to one of the key narratives of our past.

It puts pay to the lie that the police and army were there to keep the peace between republicans and loyalists. The state drew on any means possible: coercive law, propaganda, brutality and torture, extrajudicial executions, and the arming and directing of loyalist paramilitaries in their war against Irish Republicans. The police and military drew on the sectarian urges of loyalists to target individuals and terrorize a community.

The conflict of the past was brutal. There is no glory in war. It was a failing of politics and good people died from all sides and none.

Political unionism and the British government are in denial on the level of collusion. The latter is now seeking to end all investigations into the past.

Denial is not just restricted to past actions. Unionism is living in denial about the present and future. The institutions of the Good Friday Agreement are paying the price.

Two weeks ago, Jeffery Donaldson, leader of the Democratic Unionist Party (DUP), after months of threats, withdrew Paul Givan as First Minister in the government of the North. This has put the institutions of Good Friday into a slow collapse.

An election is due in the North in the first week of May. The DUP is failing in the polls and lagging behind Sinn Féin. All unionist parties refuse to countenance serving alongside a Sinn Féin First Minister.

The DUP move to collapse the government is claimed to be in protest at the operation of the Irish Protocol that places limited checks on goods at ports of entry from Britain.

In a desperate act of self-delusion and even greater self-harm, the DUP believes that the EU and the British government will rush to save them from themselves and reverse an international trade deal.

Collapsing the institutions of the Good Friday Agreement will have no impact on the operation of an international trade deal, but it has and will place additional hardship on businesses, communities, and public services.

The chaos playing out in political unionism is a symptom of a greater issue. The Assembly that meets in Stormont is the first since the foundation of the state that does not have an absolute unionist majority.

The loss of power has left unionism convulsing. The DUP has had three leaders in the past year.

At the core of these actions is the loss of power. Unionists have lost vote after vote in the Assembly.

They can no longer dictate the terms. They are one among equals.

Rejecting this democratic norm, they are seeking to define consent to be a permanent unionist veto over constitutional change and the rights of others. Opposing women’s health matters, marriage equality, Irish language rights, and a bill of rights.

Calling for a unionist veto over an international Brexit agreement, while simultaneously denying the same right to the majority in the North who voted to remain in the EU.

Reverting to “Ulster says NO” when Ulster is telling the parties to get on with the job of government.

History tells us that change can be chaotic or planned. Clinging to narratives of the past in the belief that you can deny the future is a recipe for chaos in the present.

The narratives of the past are no longer fit for purpose as the discussion on a new and united Ireland develops. This is a time of great opportunity to break with the past and define a new nation-state.

The Good Friday Agreement at its core is about the primacy of politics, free from threat and respect for the rights of citizens. The agreement is just as relevant today as it was in 1994.

The only way forward is through asserting the primacy of politics over threats, respecting democratic norms, implementing agreements, and respecting the rights of all.

Politics must prevail. Rights respected. There can be no going back to the past. There is no veto on the future.

We all owe that to Aidan Wallace and all who died.

Ciarán Quinn is the United States representative for Sinn Féin.