A shock report reveals evidence of “collusive behavior” between police and loyalist paramilitary groups in 11 murders and 16 attempted murders in Northern Ireland during The Troubles. 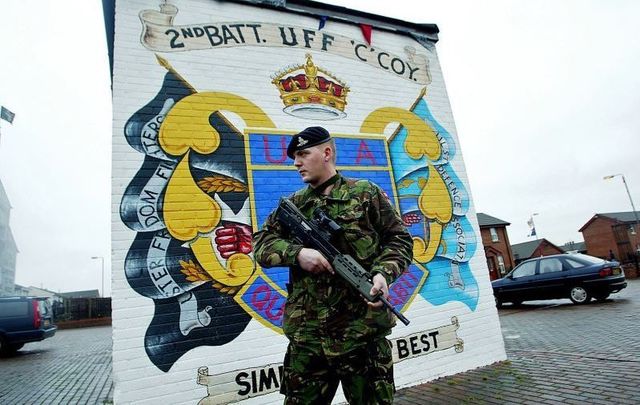 One attack caused the murders of five people in Sean Graham bookmakers on the Ormeau Road in Belfast in 1992. Seven others were wounded.

One of the weapons used at the betting shop was a Browning semi-automatic pistol stolen from a British Army base two years earlier. A police informant within the UDA gave it to the police who deactivated it before returning it to the informant, along with other guns.

Anderson, the police ombudsman for Northern Ireland, said her investigation showed that Royal Ulster Constabulary files in the Graham massacre had been deliberately destroyed.

The RUC has since been renamed, becoming the Police Service of Northern Ireland (PSNI) in 2001.

Anderson, in her 344-page report, said she was “deeply concerned” by the “significant failures” she had uncovered in her investigation into murders and attempted murders carried out by the UDA in south Belfast in the 1990s.  She also said the use by RUC special branch of informants who had been involved in murders was “totally unacceptable.”

Although there was no evidence that police had received information that would have allowed them to prevent the attacks, the ombudsman questioned why no such intelligence was received, given that special branch had a network of informants within the UDA/UFF.

An appeal court judgment in 2020 has limited the scope of the ombudsman to accuse former officers of the criminal offense of collusion with paramilitaries. Acknowledging this limitation, Anderson said she had identified conduct within the RUC that amounted to “collusive behaviors.”

Other “collusive behaviors” in her report included intelligence failures that allowed loyalists to obtain weapons, and a failure to exploit all evidential opportunities.

She said the long-held concerns of bereaved families and survivors about RUC conduct, including complaints of collusion with paramilitaries, were “legitimate and justified.”

The murders and attempted murders were carried out between 1990 and 1998. All the victims were Catholic.

A statement from Relatives for Justice and human rights lawyers KRW Law said the families of victims felt vindicated by the report’s findings.

It added, “The report finds that 11 murdered citizens and their families were systemically failed by the British State in life and in death.

“It is a damning report that is undiluted evidence of the policy of collusion as it was practiced in south Belfast, and across the north.”

He said, “There is a willingness to consider and examine police actions openly, professionally and proportionately; where there has been wrongdoing, those responsible should be held to account for their actions” He added that intelligence handling and investigative standards now are “unrecognizable from what was in place at the time of these attacks.

He offered “sincere apologies” to the families of those killed and injured “for the failings identified in this report.”

*This column first appeared in the February 8 edition of the weekly Irish Voice newspaper, sister publication to IrishCentral.