Tuam dead babies scandal is only the tip of the iceberg

Does Irish society have the appetite to ensure that survivors obtain the truth and thereby achieve a measure of justice as we learn more about the Mother and Baby homes? 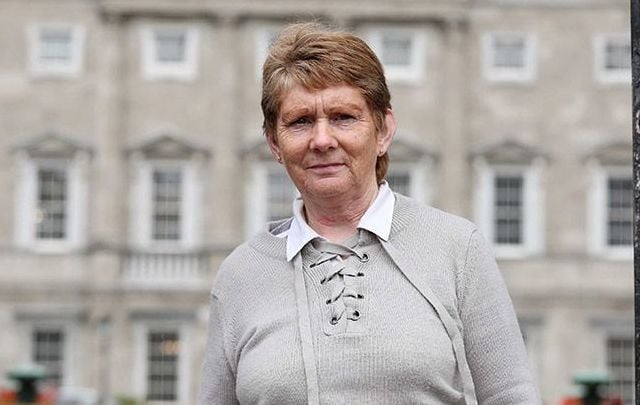 When will Ireland discover the full truth of the Tuam Mother and Baby home?

Dan Barry’s “The Lost Children of Tuam” published in the New York Times last week draws a searing portrait of Irish society; the society in which the Tuam Baby Home operated (1925-1961) and the society in which Catherine Corless fights to dignify infant remains interred on the grounds of the former institution (2012-2017).

Ireland seems no closer to the truth of what happened to these and other children born to the nation’s institutional care system.

“The Lost Children of Tuam” foregrounds the need for a truth telling mechanism to cultivate understanding and thereby help survivors come to terms with the system’s legacy of pain and suffering.

The response to Barry’s story on social media is unequivocal. The litany of tweets signal dismay as readers from around the globe struggle to comprehend: “devastating-incredible-shocking-heartbreaking-State sanctioned genocide-harrowing-powerful-haunting-sad-extraordinary-lost for words-powerful-wrenching-stunning-moving-shameful-brutal.”

Read more: Woman at center of Tuam babies story reveals her own sad past to NY Times

Some in Ireland plead “enough already.” “Its time to move on!” They ignore stories of Artane, Ireland’s largest Industrial School where abuse was rampant. They pass by High Park where 155 Magdalene women were exhumed in 1993, forgetting that the nuns only expected to uncover 133 human remains. Twenty-two additional bodies dicovered but no police investigation came. The remains were cremated and interred in a “communal plot” at Glasnevin Cemetery in Dublin.

They evade discussion of Sean Ross Abbey, from which Michael Hess, Philomena Lee’s son, was forcibly adopted to America, growing up to become the RNC’s Chief Legal Counsel and working in President Reagan and President Bush’s administrations.

These names, like Tuam, map a landscape of national self-delusion, whereby the Irish deliberately un-know what was always and already known.

But for the victims, survivors, and family-members of these institutions, the past remains deeply traumatic, unfinished, and not so easily forgotten.  Silence is no longer an option. They demand truth. And, they recognize in Catherine Corless a woman who speaks their language. Dan Barry’s essay captures the essence of this indomitable woman—dignified, determined, and self-effacing. She speaks truth to power, quietly but effectively. She informs on Ireland and thereby subversively reclaims that most pejorative of Irish epithets.

Tuam is but one institution, the tip of a much larger iceberg yet to be navigated.

Other Mother and Baby Homes, and County Homes, where unmarried women also went to give birth to their so-called “illegitimate” children, have “angel” plots, as infant burial grounds are called. Some locations also have graves of women who died in childbirth. No one knows the exact number or their names, and no State body has yet produced the requisite death certificates, a precondition to burial in twentieth-century Ireland. Some graves are marked. Others are not. Similar end-of-life anomalies persist for women who died in the Magdalene Laundries.

The Tuam Home is distinct in one respect: The Bon Secours inexplicably interred infant remains in a series of underground chambers, part of a disused septic tank system. There was a town cemetery directly across the road from the institution. The nuns opted, apparently, to avoid paying the fee.

Tuam had high infant mortality rates, but so did Bessboro in Cork and St. Patrick’s in Dublin. Infant morbidity across all these institutions looked much the same—congenital conditions, contagious diseases, and “marasmus,” otherwise known as malnutrition or, to put it more bluntly, starvation.

The children who survived beyond childhood—some “boarded out,” others adopted at home or abroad, still others growing up in an industrial school—are looking to understand a past constructed to remain abstract and opaque.

For example, the ongoing Mother and Baby Homes Commission of Investigation has yet to advertise in the US, despite the fact that 2,000 plus children were adopted here between the 1940s and 1970s.

Countless hundreds more were likely trafficked illegally to America. A government memorandum from 2012 suggests that as many as 1,000 infants were trafficked from the Tuam institution alone. How can the investigation achieve understanding or arrive at the truth when it ignores such a significant constituency?

Survivors seek to ascertain their birth identity, to know what became of their mothers, and to learn something of their family medical histories. The institutions fractured connections to place, separated siblings, and oftentimes deliberately falsified official documents. And, Ireland’s system of closed adoption, still in 2017, perpetuates a culture of secrecy, shame and stigma about the past.

Understanding is hindered by lack of access to records in the possession of the religious congregations—private actors formerly providing services on the State’s behalf, to Church and State policy archives that are invariably embargoed in accordance with the Commissions of Investigations Act, 2004—the very legislation that purports to facilitate justice, and by the destruction of files mysteriously wrought by “fire” and “flood.”

Many of the mothers and children in these institutions were poor and vulnerable. They did not count for enough in the Ireland of the time to have their constitutional rights protected nor their human rights safeguarded. And, many assert that they are treated little better today.

Read more: Has decline of religion led Ireland to a “moral wasteland”?

Earlier this year, in the days following confirmation of significant human remains at the Tuam burial site, Ireland’s Minister for Children and Youth Affairs, Katherine Zappone, T.D., heralded a role for transitional justice in responding to the nation’s history of institutional provision: “I believe there is also a need for us as a society to look beyond the important legal questions surrounding mother and baby homes by developing complementary comprehensive understanding into the truth of what happened in our country.”

Later this summer, during Ireland’s examination before the UN Committee Against Torture in Geneva, the deputy chairperson Felice Gaer echoed Zappone’s suggestion when she asked: “Will the government consider a broader truth-telling process in respect to these and other historical abuses?”

The question remains whether the Irish State has the political will and Irish society the appetite to ensure that survivors obtain the truth and thereby achieve a measure of justice?  Catherine Corless bravely, courageously, fearlessly points the way. Dare we follow?

James M Smith is associate professor in the English department at Boston College. He is author of "Ireland’s Magdalen Laundries and the Nation’s Architecture of Containment" and a member of Justice for Magdalenes Research.