The high infant mortality rates at Tuam were known a full two years before they were revealed to the public, and were not included in the McAleese Report. 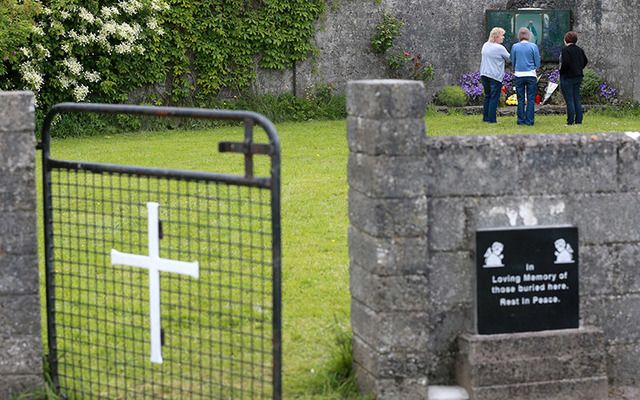 Boston College informed an Irish inquiry investigating the Tuam Mother and Baby home about concerns regarding the home’s worryingly high infant mortality rate a full two years before the death rate of the home’s children were ever revealed to the public, the Irish Examiner has reported.

On February 21, 2012, Professor Jim Smith of Boston College and the Justice for Magdalenes Research group sent information to the chairperson of the McAleese inquiry, Senator Martin McAleese, about the death rate in excess of 50 percent within the mother and baby home. This was two years before Tuam would become international headlines as the scandal of the infant mortality rates was revealed.

The McAleese inquiry was an inter-departmental committee established by the Irish government in 2011 to establish the facts of the Irish state's involvement with the Magdalene laundries. It was founded under a recommendation from the United Nations Committee Against Torture to investigate the claims that women sent to work in the Catholic laundries were exploited and tortured.

In 2013, the McAleese committee released its report which found there had been significant state collusion in the admission of some 11,000 Irish women into these institutions and Taoiseach Enda Kenny issued a formal state apology and outlined a compensation package for the victims two weeks after its publication.

Terms of ref of Mother & Baby Inquiry suggests McAleese's findings on Magdalene deaths were understated. Why has he never been interviewed?

The report, however, did not include any of the information provided by Boston College, as it was considered to be out of their remit in the Magdalen Laundries concentrated report.

“This information reveals how dangerous an environment the Baby Home, Tuam could be for illegitimate children in residence,” he continued, emphasizing the infant mortality rates of 55% and 51% for children sent to the home from Mayo and Galway that year.

“Such disturbing statistics certainly begs the question as to whether these children would have been better off remaining in their mother’s care.”

We keep being told by politicians that this emerged in 2014. It didn't. It was well flagged and kicked down the roadhttps://t.co/yDT5U3VNE0

The Irish Examiner has previously revealed that the Irish Health Service Executive (HSE) had concerns about the infant mortality rates in both Tuam and in another mother and baby home in Bessborough, Co. Cork, in the same year.

In 2012, a damning report by the Irish government’s Health Service Executive (HSE) found that the Irish Catholic mother and child home in Bessborough had a baby mortality rate of 68% in 1943. This report was not released to the public until it was sought under a Freedom of Information Act request by the Irish Examiner in 2015. Following this revelation, women were no longer sent to the home.

The report showed that in the 19 years between 1934 and 1953, Bessborough recorded 472 infant deaths, a figure taken from the Home’s own death register.

The register has now been released under Freedom of Information although the names of the children have been redacted.

Following @BabiesTuam posting the name and age of children who died at Tuam mother and baby home 😢 https://t.co/r8SNzGXJil

It has been suggested that the high rate of infant mortality was caused by the falsification of death records to allow for children to be adopted domestically, and to couples abroad, without the knowledge of the Irish public.

These HSE reports were also not included in the 2014 McAleese report nor in the Report of the Inter-Departmental Group on Mother and Baby Homes, published by the Department of Children and Youth Affairs in July 2014.

When asked for comment on the claims that the McAleese inquiry knew of such reports before publishing their own finding, the Irish Department of Justice stated that the inquiry “no longer exists and is therefore not in a position to respond to specific queries”.