Three years ago she revealed to a shocked Irish public that 800 babies and young children at died at the Tuam Mother and Baby Home, now she is being honored for her hard work. 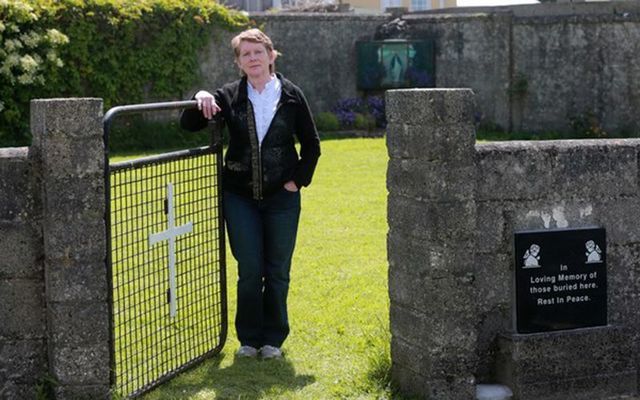 Catherine Corless at the site of the Bon Secours Mother and Baby Home in Tuam Rollingnews.ie

The historian who uncovered the Tuam babies has been honored with the Bar of Ireland's Human Rights Award in Dublin.

Catherine Corless gave up years of her life trying to find out what had happened to the babies and young children who had died at the now infamous Tuam Mother and Babies Home.

Read More: Tuam Babies: “It would be... kinder to strangle these children at birth” said doctor

Three years ago she revealed to a shocked Irish public that she had found death certificates for close to 800 babies and young children from the home.

Most it seemed had died from neglect, malnutrition or preventable diseases.

Last October an excavation team began to search for the bodies but it was not until March this year that “significant quantities of human remains” were found on site.

Last night the Chair of The Bar of Ireland's Human Rights Committee, Thomas Creed, praised her as a "fearless campaigner for human rights" who ploughed on in her quest for justice, “often in the face of adversity.”

"She epitomizes,” he continued, “the very essence of a humanitarian and is a very deserving recipient of this award.

"She has done both the survivors and wider society a great service."

Corless with her award. Photo: RollingNews.ie

Earlier this week the Irish Government received a report from the expert group asked to examine the site.

No decision has yet been taken as to whether the children should be exhumed or not but survivors of Mother and Baby Homes are divided on the issue.

Paul Redmond, Chair of the Coalition of Mother and Baby Home Survivors (CMABS) said earlier this year, “Our Community is divided about the issue of excavations and exhumations. Many are adamant that all the babies must be exhumed, identified and given proper burials. Others feel strongly that our former crib mates should be allowed to rest in peace. There are no easy answers and some survivors will be horrified no matter what happens.”