After advising Biden to not "spew any woke nonsense," Piers Morgan implores the President to "stay out of Ireland" and "try groveling" to Queen Elizabeth. 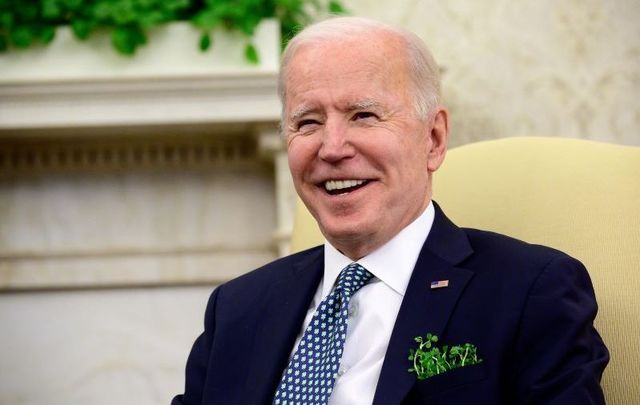 Does Piers Morgan think he’s a presidential advisor? He has published no less than 10 pieces of “advice” for Joe Biden, who on Wednesday embarked on his first official trip abroad as President.

“As a Brit who has spent a lot of time in both the United States and Cornwall, and someone who has met both Boris and Her Majesty on many occasions, I feel perfectly qualified to proffer some advice to the leader of the free world,” Morgan wrote in his June 9 column for The Daily Mail.

Morgan's column comes the same day that Biden arrived in the UK for his first presidential trip abroad. Before attending the G7 Summit in Cornwall, Biden will have a bilateral meeting with UK Prime Minister Boris Johnson on Thursday where the two are expected to discuss, among a number of issues, Brexit and the Northern Ireland Protocol. He is also set to meet with Queen Elizabeth on Sunday.

Earlier on Wednesday, US National Security Advisor Jake Sullivan made it clear during a BBC interview that Biden believes that the Northern Ireland Protocol is “critical to ensuring that the spirit, promise, and future of the Good Friday Agreement is protected."

"I would just say that our concern runs very deep on the Northern Ireland issue," Sullivan added.

In his column offering unsolicited advice on Wednesday, Morgan implores Biden to not "spew any woke nonsense while you're here.

Morgan continues: “Stay out of Ireland.

“I know, I know, you've got Irish roots… God knows you bang on about it enough.

"But when you were asked by a reporter 'Mr. Biden, a quick word for the BBC?' and you responded, 'I'm Irish!' it's very clear where your priorities lie, and the very last thing Britain needs right now as it emerges from the bitter wreckage of the Brexit battle is an American president poking his meddling Remainer nose into the situation in the way that you've already shown a disconcerting keenness to do.

“And I say this as a man with Irish roots myself, who voted Remain.

“Your job is to calm the temperature of EU-Britain relations, not inflame them further by barking out orders that anger the victorious Brexiteers who will rightly say that the whole point of leaving the EU was to stop foreign powers bossing us around and telling us what to do.”

Morgan doesn’t seem too keen on “foreign powers bossing us around and telling us what to do,” which, of course, is a glaringly odd position for a British person to take.

As a guarantor of the 1998 Good Friday Agreement, US priorities are with the Irish, which, Biden's Irish roots aside, should come as no surprise to Morgan.

As a guarantor of the 1998 Good Friday Agreement, the US has a right to "poke its nose" into matters if it feels the peace-making accord could be compromised.

Elsewhere, Morgan advises Biden to “try a bit of old-fashioned groveling” if the Queen brings up the President’s “salute” of Meghan Markle and Harry’s much-hyped interview with Oprah, which Morgan deemed a “whine-athon.”

“For all his faults, Donald Trump always vociferously backed the Queen, and saw right through Princess Pinocchio, and your shocking disloyalty won't have gone unnoticed in Palace quarters.”

So, according to Morgan, the US should "stay out of Ireland" but should "grovel" to Queen Elizabeth?