The appointment of a Special Envoy to Northern Ireland "is a signal of intent that the Agreements and progress in Ireland are important to the US." 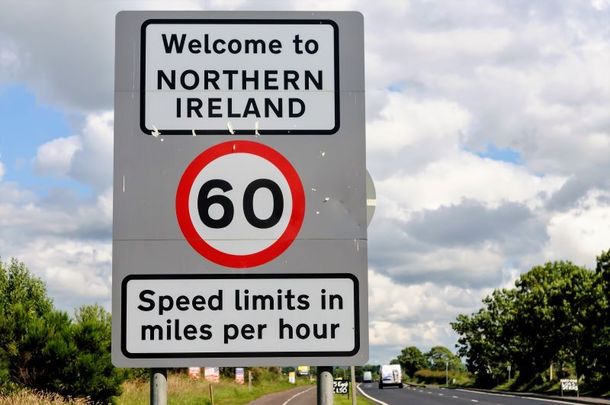 "Change can either be managed or chaotic." Getty Images

The peace process is like a bike; keep your foot on the pedal and moving forward or fall over. Not my words, but that of the late Martin McGuinness.

A generation in Ireland has grown up knowing peace. For that, we are thankful but must remain vigilant. Taking peace and progress for granted is to take a foot off the pedal. To give in to those who seek to stall progress is to stop moving forward.

The Peace Process, the Good Friday Agreement, and all that stems from it, have been a US Foreign policy success. It is a credit to the engagement and commitment of Irish America and the actions of American political leaders.

Peacebuilding is not a one-off event. It is a process to redress decades of violence, asserting democratic and peaceful methods above conflict. It is at its heart the process of managing change and resolving political difference.

Ireland and the US are partners in peace. A partnership that has endured. A partnership sustained on the common values of, peace, democracy, equality, reconciliation, and the primacy of politics over the threat of violence.

A partnership that is consistently renewed to match the challenges of the day.

That is why the appointment of a US Special Envoy is critical. It is a signal of intent that the Agreements and progress in Ireland are important to the US. It gives the US a seat at the table.

It has been suggested that twenty-three years after the agreement, the parties and both governments should be able to resolve their issues without the US. Unfortunately, a section of Unionism and the British Government have not supported the full implementation of the agreements. Some refuse to acknowledge and embrace change and seek to stall democratic progress.

The Good Friday Agreement is under a sustained threat from unionist parties and paramilitaries that have not yet come to terms with the loss of their guaranteed majority and a British Government of English Nationalists that seems at war with reality, truth, and the EU.

The crisis in Unionism has split the Democratic Unionist Party (DUP) with an acrimonious leadership contest. The crisis has emboldened unionist paramilitaries under the umbrella of the Loyalist Community Council. These groups remain active, armed, and engaged in criminality. They have been rejected at the ballot box and abandoned the Good Friday Agreement.

They are now given a platform by the British Government and some unionist political leaders. Fueled by this they are calling for the sacking of Irish Government Ministers, attacking the EU Commission, and threatening a summer of disturbances.

The Orange Card is recklessly being brought into play. To give way to threats of violence is a fundamental undermining of the peace process.

The DUP will require the support of Sinn Féin if it is to nominate a new first minister in the Northern Executive. However, they have so far refused to provide a timetable for enacting the agreed Irish Language Act. They have also failed to attend North-South Ministerial Council meetings. A mandatory obligation on Ministers and part of the pledge of office for an incoming First Minister.

All this runs the risk of the crisis in Unionism becoming a crisis in the political process.

We have a British Government that believes itself not bound by agreements or international law. A government of English nationalists that act out of narrow self-interest with the key objective of covering up the actions of its military during the conflict.

A government that has been exposed in Ireland and the EU as a dishonest partner.

The British government is playing fast and loose with agreements and has abandoned any authority to hold unionism to account.

It is a government in need of allies and trading partners. Congress has made clear that honoring its agreement in Ireland is the cost of building a future relationship with the US.

There are immediate threats to the operation of the institutions and to manage the long-term process of change.

The North is changing. The union with Britain and the border is not permanent. It is in the gift of democracy to unite the island and its people.

Change can either be managed or chaotic. What we are seeing at the present is the chaotic outworking of a society in transition.

Now is the time to renew the US and Irish partnership for peace. To protect the agreements, the democratic principle, and the political process.

Irish American and leading members of Congress have supported the call for a Presidential Special Envoy. This is supported by the Irish Government and Sinn Féin.

The US has a role to play in ensuring peace and progress. America has played a significant and prominent role in safeguarding and protecting the Agreements in Brexit.

The administration making public its intent to appoint an envoy would have an immediate impact. It creates a new dynamic with the potential to stop the current issues from becoming a crisis.

The appointment of a Presidential Envoy would assist in managing the democratic process of change holding the British government to its obligations and consistently asserting the primacy of politics over the threat of violence.

It is all our job of all to keep the bike upright and moving forward.  Now is the time for the administration to renew our partnership for peace.

*Ciaran Quinn is the US representative for Sinn Féin.