The loss of one cultural institution would be a tragedy for the Irish American community, but to lose two would be a catastrophe. 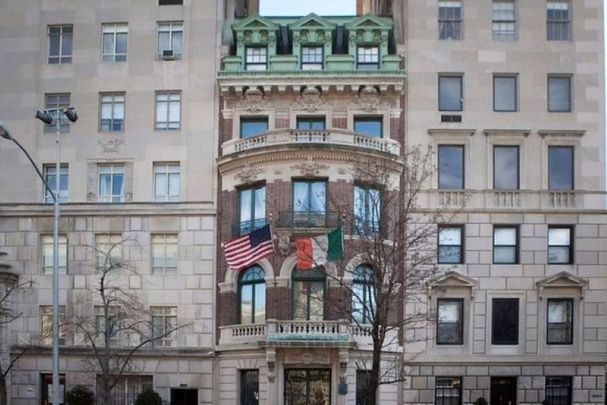 Editorial: A catastrophe is what we are facing with the closure of Ireland’s Great Hunger Museum at Quinnipiac University in Connecticut and the possible American Irish Historical Society (AIHS) building sale and move to a remote site in upstate New York.

The fact that the two institutions are in danger is primarily down to a complete lack of consultation with the Irish American community in both cases, and a rare arrogance in proceeding with plans that were kept hidden until the last possible moment.

Consider instead the attitude of the new Irish Arts Center which just opened up on Manhattan’s West Side.

There was full and frequent interaction with the community, a stellar board of directors who were tremendous fundraisers and advocates, and invites at regular periods for community leaders to come and see first-hand what was underway.

There was certainly major communication with the community. Consider the stark contrast with both the AIHS and the Quinnipiac’s museum.

Most people learned of the proposal to move the society upstate via the story broken on IrishCentral.com of four board members resigning after the plan to sell the magnificent building and depart like shadows to Cooperstown, or whatever upstate location, that would lessen the scrutiny.

As for Quinnipiac, once the retirement of John Lahey, former university president whose outstanding vision resulted in the creation of Ireland’s Great Hunger Museum, came into effect, it seemed the new president was ready to shut the door with unseemly haste -- again without any consultation with Irish American groups.

Of course in both cases the rush to sell or shut did not go quite so smoothly.

The  AIHS on its website this week takes the biscuit for BS talking about digitizing content -- about 15 years from when such a move should have been a top priority.  A statement on the site then makes reference to more diversity on the board and younger members.

The usual blather is accompanied by a piece on how wonderful the new AIHS president-general Michael Higgins, a UN representative is, even though we’d wager very few in the community have ever heard of him other than he is the son of the current president of Ireland, Michael D. Higgins.

The truth is the AIHS seemed to actively discourage people from joining, and it had a wider reputation of being snootier than thou in terms of who walked the gilded halls.

As for Quinnipiac, there is one Irish group that has come forward to try and stave off closure and there is great credit due to them, but there is an enormous task ahead to try and keep the institution open and accessible.

Of course both entities are being investigated with the New York State Attorney General Letitia James undertaking what sounds like a thorough inquiry at the AIHS, and her counterpart in Connecticut, William Tong, doing likewise at the museum.

The sad part is that this could all have avoided and a much better outcome attained with proper communication and transparency.

Instead, we have legal uncertainty and a disillusioned community who see clearly the games that are being played here.  Alas, it is the institutions themselves that will suffer most.