Editorial: "The attempt to move the society to a small town in Otsego is a clear effort to hijack the institution by the Cahill family." 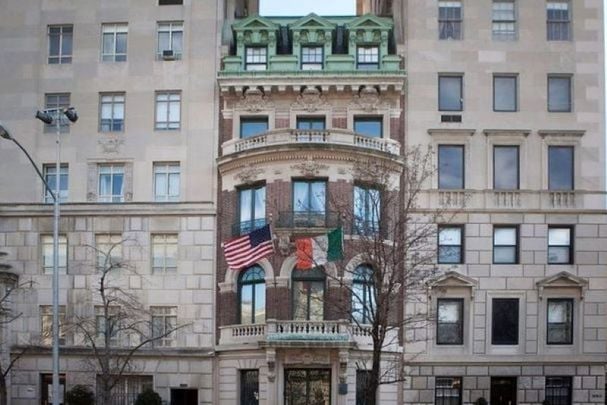 On the face of it, the proposal to move the American Irish Historical Society out of its Fifth Avenue mansion and relocate the institution to Otsego, New York, some three hours from New York City, beggars belief.

Of all the ideas floated for the future of one of Irish America's most prestigious institutions, this is the most confounding, ludicrous, and ridiculous scheme that could be concocted.

Replanting the society in the middle of nowhere on no better evidence than the town is halfway between Manhattan and Boston and, therefore, people and scholars from both cities will visit would be laughable if it were not so sad.

Yet the fact is that it is only New York Attorney General Letitia James, already conducting an investigation into the society’s governance and finances, who can alter the trajectory of this hare-brained scheme.  The building, which has been on the market for a year now, cannot be sold without approval from her office as the society is registered as a non-profit.

She must know the attempted relocation has nothing to do with Irish culture and much more to do with a naked power grab and possession of the tens of millions of dollars the sale of the Fifth Avenue mansion would bring.

The move to upstate New York is backed by the newly minted president-general of the society Michael D. Higgins Junior, son of the president of Ireland, and led to the resignation of four long time board directors, all advocates of Irish culture and heritage, some of whom have served on the board for decades.

The reaction in the Irish American community, where over 41,000 have already signed an appeal to stop the sale of the headquarters, has been overwhelmingly negative and one of disbelief.

Higgins Junior became president-general after less than one year on the board and with no background in Irish American heritage or culture activities. His day job is dealing with global poverty issues at the United Nations, where he is attached to the Irish delegation.

There is no other way to phrase it, but the attempt to move the society to a small town in Otsego is a clear effort to hijack the institution by the Cahill family which apparently believes the society is theirs by right and that they can do what they like with it.

True, the former president-general Dr. Kevin Cahill did a remarkable job saving the building for the society, but he did not create the society which was founded 125 years ago, nor was it ever intended to be a one family regal succession.

They are caretakers, a role that seems to baffle them as they act as if they own the society and have no obligations to anyone else.

It is no secret that the Cahills have run the organization, which contains priceless historical manuscripts, as a personal fiefdom.  Many powerful Irish Americans have joined the board over the years, but when they sought answers to obvious questions or suggested the Cahills loosen their vice-like grip on its governance, they were disposed of.

On the face of it, bringing the society to a town 200 miles from New York where scholars would have huge problems accessing, and where events and artistic gatherings would be impossible to create, would spell the end of the American Irish Historical Society.

That would be a massive tragedy for the community already reeling from the proposed closure of Ireland’s Great Hunger Museum in Connecticut. History and heritage are more important than ever. These landmarks cannot be allowed to disappear.

Editor's note: This article was published as the Editorial in the New York-based weekly Irish Voice newspaper, sister publication to IrishCentral.