Tipperary man in New York is one of life's great survivors

A stalwart of the Irish New York community for over 50 years, Norbert Hennessy is one of the world's greatest survivors and a pillar of the community. 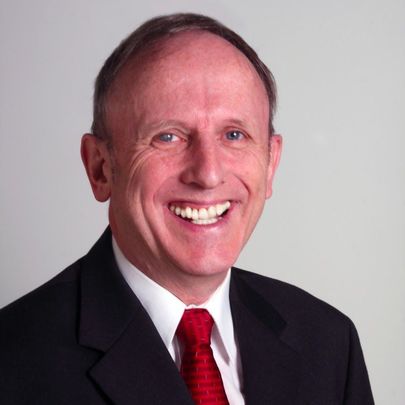 "Norbert Hennessy is certainly one of the great survivors but is also a man that has inspired and encouraged countless others throughout his life and I am sure will continue to do so into the future."

Prior to Christmas 2021, I had the pleasure of meeting up with Norbert Hennessy, who was at home in Tipperary on a short visit from New York.

A native of Shronell, Lattin, Co. Tipperary, Nobert is one of four children born to Peter and Alice Hennessy. Educated in Ireland, Norbert qualified as a Primary School teacher, and he spent the first two years of his adult life teaching in a two-teacher schoolhouse at Garryshane, Donohill, Co. Tipperary.

Interestingly there was a strike at the school while Norbert was teaching there, at the appointment of a principal over the heads of the two teachers already there. The local parents withdrew their children in protest contending that the appointments of principal and assistant should have been given to the existing teachers.

Norbert says that he really enjoyed his time teaching in the small rural school in Donohill and during that period he became very active in athletics and in the formation of a local athletics club.

At 22 years of age, however, he made the decision to emigrate to America. On the 16th of June 1972, he drove his black Volkswagen beetle to Dublin Airport, left the car open with keys on the dashboard and a sign "Yours" written for all to see, and took a flight to New York.

Arriving in New York he spent a night in a hostel in Manhattan and with a voucher for a sandwich from 'Horn and Hardart' he began his new life in 'The Big Apple'.

Like many emigrants of that period Norbert had to 'look for a start' and after making his way to Maguire's Bar he got the opportunity he needed with Sandhogs Union Local 147 blasting his way 500 feet underground and helping to build a Water Tunnel from The Bronx to Manhattan. Norbert was the guy with the Dynamite and was certified with the official Blasters License for the works.

During that period he started in the bar trade after being recruited to work in the 'Jug O' Punch' pub on Fordham. After a period of time bartending he along with two others bought the premises.

Along the way, Norbert was studying at Pace University taking Business Administration and majoring in Marketing. He also commenced Sports Broadcasting for Fordham University Radio Station WFUV both on-air and remote link.

After buying out his partners in the bar he established The Brook Inn which became a mecca for the Irish community in New York. From the bar he established live closed-circuit radio broadcasts of all the championship games played in Ireland and patrons would pack the bar on Sunday mornings to hear the results. This operation in association with the New York GAA was carried out over the telephone and established the bar as an Irish sports bar.

After surrendering the lease to The Brook Inn, Norbert went on to establish a much bigger concern with the opening of his famed pub Hennessy Headquarters in the Bronx in 1985. It was from this base that he provided videotapes of the GAA games and RTE shows from Ireland to the New York Irish who were clamoring for them. He got them flown out on a Monday and later that night a videotape of the RTE Sunday Game would be shown.

Norbert would only show them in his own bar on a Monday night and then later in the week he’d distribute the tapes to the other bars. From Hennessy Headquarters he provided an Irish Sports Results Line and built a Digital Transfer Business using Pal/Secam/NTSC formats.

During the infancy of Satellite Broadcasting, he had a business transmitting live Soccer/Football from Europe to the USA. At this time Norbert was very involved with the Tipperary Hurling Club in New York and it led to him being involved in what became known as "The Tony Keady Affair" when a letter of objection to New York GAA about Keady playing illegally in New York, resulted in the Galway star being suspended for 12 months.

Keady was unable to play in the 1989 All-Ireland semi-final against Tipperary and Tipp went on to win the game and the final itself. Norbert suffered the wrath of the then Tipperary GAA Chairman, Noel Morris, when he was ordered out of the dressing room following the semi-final win over Galway. The Tipperary Hurling Club in New York strongly protested at the actions of the County Chairman and said that they were well justified in their actions against the players in question and questioned the authority of the County Chairman with regard to the same.

This had been a local club matter in New York which escalated with major repercussions for Galway and for Tony Keady, who subsequently passed away in August 2017.

Whatever the rights and wrongs of this particular matter, there can be no denying the commitment of Norbert to Tipperary GAA particularly during his time in Hennessy Headquarters and as Chair of the Tipperary Hurling Club. Indeed not only was Hennessy Headquarters the center of everything 'Tipperary' in New York but it was also the place to go for any Irish person arriving in 'The Big Apple' and needing "a start" as Norbert did when he arrived in America in 1972.

For any Tipperary club or group traveling to New York, Norbert was on hand to welcome and host them. Indeed I well recall the trips taken by Tipperary Mid West Radio to New York to broadcast from 'A Day in the Bog' festival along with one which included a performance by the Cappawhite Faction Fighters.

I think that those who went to New York on those occasions will testify to the welcome and hospitality received from Norbert and from all in Hennessy Headquarters. When Norbert retired from the bar business he was able to fulfill a passion of his own in joining a Theatre Group and in performing on stage, including in the John B. Keane play "The Field". He is also an energy business consultant with over 50,000 customers for Ambit Energy.

He is still very involved with Tipperary matters in New York and with the county associations there including the Tipperary Hurling Club and the County Tipperary N. & B. Association and makes as many trips as possible home to Shronell and to Tipperary.

What is evident from speaking with Norbert is that he is a survivor. As a young man, he survived a tractor accident when he was rolling silage at Shronell and was pinned to the ground after the tractor overturned; in later years he survived a horrific stabbing in his pub when a customer stabbed him with a glass in his throat; in recent years he has survived a battle with "The Big C", having been initially diagnosed with cancer of the prostate in early 2018 and a return of the condition in late 2019.

Being the first trauma patient admitted to Bronx Central Hospital, as Norbert was following the stabbing at his pub, is not a memory to cherish but a reminder to him of the fragility of life. In his battle with cancer, Norbert used his diagnosis to raise funds and awareness amongst the community about "The Big C" and about being vigilant with your health.

Norbert says that his family questioned his detailed discussions about his cancer on social media but that he believed that the only way to combat the fear and isolation that accompanies a cancer diagnosis is to shine a light on cancer and replace fear with a shared platform of knowledge and solutions. So not alone has Norbert survived but he has also flourished and in doing so has given hope to all others facing a difficult diagnosis.

From arriving in New York almost 50 years ago with little or nothing to his name, Norbert Hennessy is certainly one of the great survivors but is also a man that has inspired and encouraged countless others throughout his life and I am sure will continue to do so into the future.

A quote from Thomas Davis, Editor of The Nation newspaper is appropriate to conclude this article; "Where Tipperary leads, Ireland follows".