Maurice Barron was invited to the White House by President Biden after his young daughter Ava overcame a battle with a malignant Rhabdoid kidney tumor. 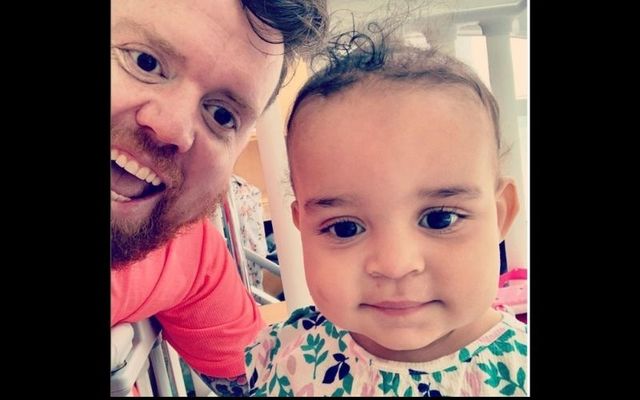 A Waterford man living in New York has revealed the touching story of how his young daughter's inspiring recovery from a rare form of cancer led to an invitation to the White House from President Joe Biden.

Maurice Barron, from Kilmacthomas in County Waterford, spoke to the Ryan Tubridy Show about his young daughter Ava's battle with a malignant Rhabdoid kidney tumor that she was diagnosed with in April 2020 when she was just 13 months old.

He said Ava became extremely unwell at the beginning of the Covid-19 pandemic and was rushed to a pediatric emergency room in New York.

After several ultrasounds and other tests, Ava was diagnosed with the incredibly rare form of cancer, which affects about 10 children in the US every year.

Maurice and his wife Kandice reached out to the pediatric oncology department at the Memorial Sloan Kettering Cancer Center, who informed them that Ava would have to undergo surgery in addition to 11 rounds of radiation and eight rounds of chemotherapy.

Ava's right kidney was removed and she has now entered remission.

Maurice said that if she can make it to her fourth birthday (in March 2023) without the cancer returning, doctors are confident that the gene mutation she has is unlikely to form another tumor.

"We were very lucky. It's a weird thing to say as a parent of a child who went through that, but we feel lucky all the time," he said.

He described his daughter as a "bubbly" child who "loved life as only a toddler could".

Maurice revealed that Joe Biden, who was vying for the presidency at the time of Ava's diagnosis, became a huge source of inspiration due to how he coped with the loss of his son Beau.

"Joe Biden has known suffering and loss and he found a way out of that. For me, that was hugely inspiring."

Maurice said he wrote a letter to Biden just after Christmas 2021 as a personal exercise, adding that he hoped at the time that the letter wouldn't be shredded.

"Please know that your strength gave me strength and the embrace of your emotions allowed me not to feel as if I was somehow less when mine overtook me," Maurice wrote in the letter.

"I hope this letter reaches you on a day when you need a lift. Thank you for helping a fellow Irishman be brave when they most needed to be."

To his surprise, he received a letter from the White House inviting him to an "Event to Reignite the Cancer Moonshot" on Wednesday, February 2. The cancer moonshot aims to reduce the number of cancer-related deaths by half in the next 25 years.

Maurice said he managed to nab a front-row seat at the event and watched as President Biden walked right beside him.

He said he needed a negative Covid test to enter the White House and said that he was informed he could avail of a test between 5 and 11 a.m. on the day of the event.

"I was definitely the first to arrive at the White House," he told Tubridy. "Even the Secret Security guys were laughing at me.

Maurice described his trip to the White House as "surreal", adding that it was one of the best experiences of his life.