Insight on how to handle a pandemic

Doctor Kevin Cahill is a world-renowned physician and global humanitarian reflects on his experiences in Sudan and how it might help tackle the COVID-19 pandemic. 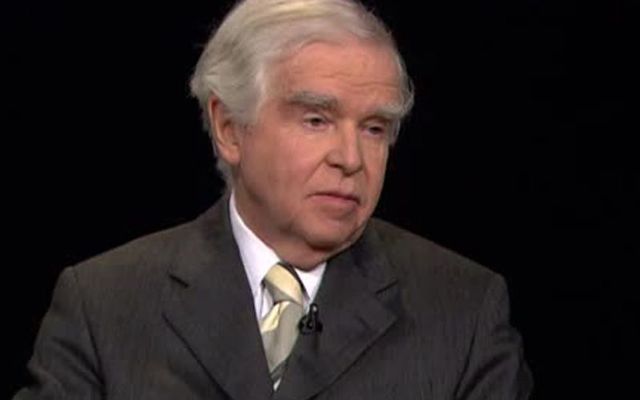 Doctor Kevin Cahill is a world-renowned physician and global humanitarian reflects on his experiences in Sudan and how it might help tackle the COVID-19 pandemic.

Many years ago I experienced a prolonged period of solitude while working in a US Navy Research Unit in South Sudan. Shortly after I arrived in a conflict zone in Malakal, 500 miles beyond Khartoum, all missionaries were declared persona non grata and forced to leave the country.

Since they were almost the only Westerners in the area and were the primary providers of healthcare, I found myself without personal or professional contacts. I felt alone, but not lonely, and realized that this was time for reflections, time to consider that imaginative ideas were often more important than repetitive actions and that a well-conceived plan was an essential foundation for long-lasting progress.

It was a formative, almost life-changing experience. The solitude forced me to choose new directions, to make decisions not influenced by the transient concerns of the moment, and to build a foundation that could simultaneously sustain multiple endeavors. One learned the futility of merely bemoaning a fate imposed, not chosen, and to somehow create new programs out of adversity.

My perception and perspective of the world around me changed. Details of our research project were grounded in science, but I recognized there was an essential role for love and trust and sharing if I was to accomplish my goals in a crisis situation. There were few guidelines available but inner strengths emerged in that period in South Sudan, and have served me well over the decades.

We are currently stalled in the highly infectious -- often lethal-- COVID-19 outbreak, with political rumors, or blame all about. I send another message to our “family” of humanitarian workers and physicians who I have tried to help prepare for these challenges. None of us could have predicted the extent of the global dysfunction but the history of previous plagues provides hope rather than despair.

I was once asked to name the most memorable country in which I had worked. I chose South Sudan, for reasons that are perhaps relevant to the climate we endure during the present pandemic. I spent four months in Malakal, where the various local tribes were intent on eliminating each other, and the process was facilitated by perverse interventions from the national government in Khartoum.

The expulsion of the missionaries was an effective death threat to those ill with treatable diseases, to the wounded, and to the local and public health programs. I found myself as one of a handful of clinicians in a vast area, and that allowed me to transcend the limited goals of my Navy research assignment.

A primary lesson in disaster relief work is that one must stay healthy--not only to survive but to be able to serve others. This is not a selfish exercise but a recognition of our own frailty in the midst of epidemic infections. Adequate rest, a decent diet, and personal exercise are important components of the humanitarian’s daily regime. I usually begin my training program for new candidates in this noble field by stating, simply but directly, that you will do no good for anyone if you fall ill.

My routine in South Sudan was to arise early, have a modest breakfast of fruit and bread, do an indoor exercise (because there were usually large snakes around the small house) and prepare a schedule for the day. One could not always adhere to the program but it was well to delineate goals. I would also suggest that it is important to keep a diary; it allows one to assess recent activities, and years later to be reminded of the bygone challenges one unexpectedly faces in life.

The research activities--the formal reason the US Navy had assigned me to the area-- was to collect specimens in a project studying a specific parasitic disease, Leishmaniasis. Since my predecessors had been PhD scientists, the focus had been on species identification and animal vectors; but as a medical doctor, I was more interested in the clinical signs, symptoms, and response to therapy. My major contribution was to demonstrate that the Leishmania organism could give a radically different presentation in a well-nourished Westerner than in the local population. Factors, including basic nutrition and concurrent anti-malarial drugs, were also considered.

The research specimens were sent to our main laboratory in Cairo, Egypt. Here the packages met a fate that the world is dealing with in the current pandemic--the intrusion of superpower politics in a humanitarian operation. Packages--even scientific specimens--could not be sent from Egypt to the WHO reference lab in Israel; they had to be first sent to Geneva, Switzerland before repackaging and transfer to Tel Aviv. This caused unreasonable delays, but no one dared comment on this ridiculous folly.

The remainder of my day in Malakal was devoted to medical and public health projects. I shall cite but one example of an adaptation to reality on the ground. An indigenous healer had served the community for many years - using ash, chicken bones, and incantations - to divine out evil forces. I had a modest supply of modern Western drugs and equipment and confidence in my technical skills in healing. But rather than have a confrontation - since I realized that he would stay long after my four-month tour in the area ended - I proposed we work together. He had the essential community outreach and the trust of the tribal leader.

There was simply no reason to waste precious time emphasizing the contrasts in our approaches to clinical problems, and so we cooperated in helping the sick. The system worked well, and I departed on schedule strongly suspecting the healer would continue to serve, especially in the absence of the missionary health clinics.