This year, NYC's long-running Craic Fest is putting a special emphasis on its Kids Fleadh, a series of family-friendly movies and events beginning March 5. 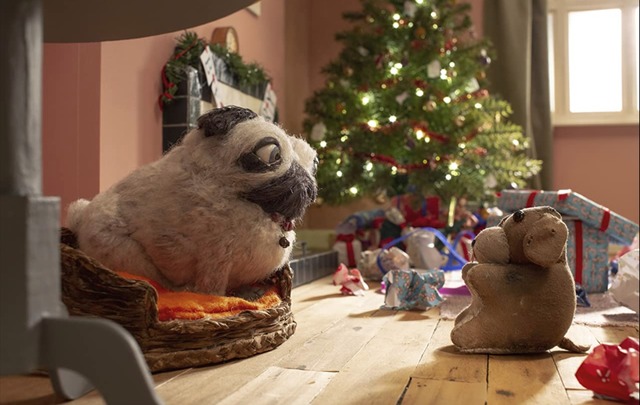 The Craic Fest is back for its 24th season in March 2022 with the usual mix of live screenings, live performances, and fun after-show events at the Cinépolis in Chelsea, Manhattan.

This year though, the long-running festival wants to put a special emphasis on the Craic Fest Kids Fleadh, a series of screenings and live performances aimed at kids and families beginning at noon on Saturday, March 5.

Among the lineup are recent award-winning films like Josephine Lohoar Self's "Günter Falls In Love," which begins on Christmas day and tells the story of a family pug who falls madly in love with an inanimate object, as is director Rory Kerr's "Wear And Tear," a startling new tale where a girl wakes up to find that one of her nightmares has materialized in reality, causing a wave of destruction across her world.

“The screenings will run for about 60 to 70 minutes on the day with a variety of different short films,” Festival Director Terence Mulligan tells IrishCentral. “The festival will also invite anyone who wants to perform or sing to get involved on the day.”

Performing live on the day will be students of the McManus School of Irish Dance based in Sunnyside, Queens and run by Trish McManus. The daughter of Irish immigrants, she knows the importance of Irish dance in maintaining cultural roots with Ireland.

“My parents being immigrants here, they got my older sisters and I involved with dancing early on to keep our connection to Ireland and our heritage,” McManus says.

Those connections and opportunities are real. “When I progressed at my dancing, I was able to then travel to Ireland for competitions quite often. It was an opportunity to get immersed in the wider culture and a chance to explore other counties and other areas besides the place where family lived, it taught me life skills and time management skills, and the friendships that came through have been lifelong.”

Now McManus teaches at the Queen of Angels at 44th and Skillman Avenue in Sunnyside, Queens, as well as at The New York Irish Center in Long Island City. But this will be the first time that her students take part in the Craic Fest Kids Fleadh.

“We're very excited,” she confesses, “not only for the event itself, but because I'm sure it's going to be just a fun day out with the film festival and the Irish community aspect of it. To come back now to live performing, to be at the stage where we're able to do things again and have events again is just huge for us. Dancers need audiences so we're very much looking forward to being back out there and interacting again.”

Can young people who might be interested in Irish dance come along to watch or come and talk to her about signing up for classes later on, I ask? “Oh, absolutely. We have a website to check out at McManusIrishDance.com or on our Instagram page at @irishdancenyc."

Mulligan says: “As well as the Kids Fleadh live screenings and performances on March 5, we're also doing a Kids Fleadh online on March 12.

“So one is live and the other is online, which I think is great because there's a lot of people on the west coast who bought tickets for our festival last year that really opened up our audience.”

The online portion of this year's Craic Fest will run from March 10 through 12 and will feature a selection of short films and documentaries. “We had a very successful online fest last year and in fact, it increased our outreach in the U.S. to far beyond New York City,” Mulligan adds.

Presented by Fitzpatrick Hotels and Tourism Ireland, the legendary Craic Fest after-party will feature complimentary drinks from Stella Artois. For tickets to the online and virtual portions of the 24th Craic Fest visit TheCraicFest.com.