Charlie Flanagan has called on the Department of Foreign Affairs to investigate the board of the American Irish Historical Society (AIHS), which is looking to sell its Manhattan headquarters. 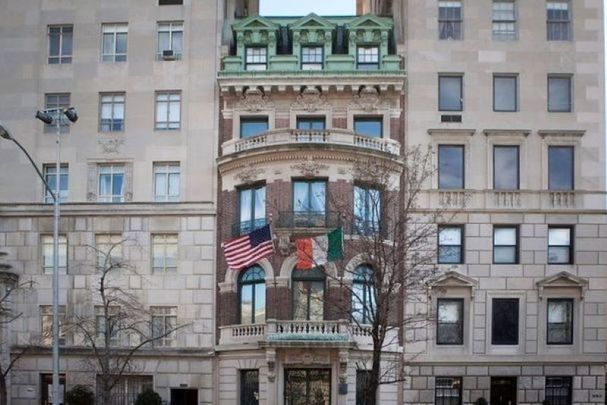 Charlie Flanagan, the head of the Oireachtas Foreign Affairs Committee, has written to Irish Minister for Foreign Affairs Simon Coveney asking him to attend the committee and give "an update on current developments".

The Department of Foreign Affairs gave grants of almost $1 million to the AIHS between 2008 and 2018 to fund "salary, operational and programming costs".

The Department has not given any funding to the organization since conducting an audit in 2018.

"It’s a gem and the Irish artifacts in it are extremely valuable," Flanagan told the Sunday Times.

"The danger is that whoever buys it will not have regard for its Irish heritage. The Irish state has no legal interest in it, but it has made significant investment in the building and the society. The Department of Foreign Affairs should have an inquiry because public money is involved. No sale should take place until that happens."

The Sunday Times reports that the Department will "continue to fully co-operate with the ongoing investigation by the New York Attorney General" into the decision to sell the AIHS's Manhattan headquarters.

New York Attorney General Letitia James is conducting an investigation into the governance at the AIHS and issued subpoenas for two current AIHS board members and one employee, IrishCentral exclusively revealed last week.

The two board members and the AIHS employee will now be questioned under oath about management and other aspects of the society.

The Attorney General's office began investigating management at the AIHS after more than 40,000 people signed a petition calling for a complete review of the management of the institution.

Four members of the AIHS board resigned over the decision to sell the Manhattan headquarters, located at 991 5th Ave.

The four board members all strongly disagreed with the decision to relocate the 125-year-old institution 200 miles upstate to the Cooperstown region of New York.

"Who is going to drive three and a half hours to visit the society?  Or if a scholar wants to study the archives which are not digitized, they would have to drive 200 miles to get access. It makes no sense," one of the former board members told IrishCentral.

Michael Higgins Jr. the son of Irish President Michael D. Higgins, is the current president of the AIHS board and is strongly in favor of the sale, according to reports. Higgins had been on the AIHS board for less than a year when he was elected president.

The AIHS initially placed the six-story townhouse on the market in January 2021 with an asking price of $52 million but has since slashed that asking price by $8 million.

The AIHS headquarters in Manhattan is home to invaluable manuscripts, books, and historical artifacts.