"You often don't have to look far for a connection to some of the best-known Irish names." 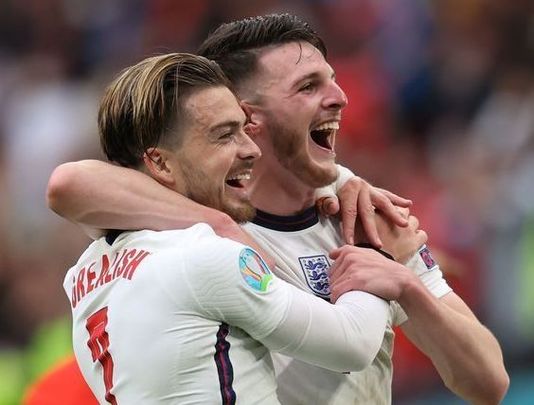 Jack Grealish - from the GAA player turned England player to his granduncle the Irish news editor. We don't have to look far to see Ireland and Britain's shared history and connections.

The moment Italy won the penalty shootout in the European Championship final on Sunday night, the cheers in my local pub on the north side of Dublin almost blew the roof off.  England's dream of winning a major football final for the first time in over 50 years had been dashed.  And the punters in my pub were delighted.

Now it's true there was a good deal of mischievous sarcasm in the cheering that rang around the pub when the Brits were beaten.  And it's ironic when you think about it.

All these fans follow the English Premier League and cheer for the same players when they line out for their clubs every week.  But when they play for England it's a different matter.

It's hard to rationalize why this should be the case.  Irish football fans are fanatical in their support for English clubs like Man United, Liverpool, Arsenal, Spurs and so on.  So when they rejoice in England's bitter disappointment there is a contradiction as well as an undercurrent of black humor at play.

Apart from the laughs, there is a degree of seriousness in this.  The cheering -- or more accurately the jeering -- is a sort of cruel joke.  It's funny but there can be a nasty edge to it.

Is it because we still have not forgiven the Brits for the centuries of occupation?  Has that colonial history left us so embittered that we have not gotten over it a century after the Brits left?

This antipathy is even more puzzling since so many of the English team have Irish roots, a visible reminder of the close ties between the two countries.  It's a reminder of all the Irish who emigrated to England since independence to make their lives there, get married and raise kids there.  Kids who now regard themselves as English.

Around six million people in Britain today have at least one Irish grandparent, which is close to 10 percent of the population.   It's an extraordinary number.

Many of the Irish came from poorer rural parts of the country where there were no jobs thanks to de Valera's introverted vision and disastrous economic policies.  They came from small farms where there were six or more kids and little prospect of a future.   So apart from the eldest son who would inherit the little farm, the rest had to emigrate.

Many went to the U.S., but the easiest place to get to was England -- London, Manchester, Birmingham, etc. Britain kept the door open for the Irish, giving them free access, the right to work, claim benefits, make homes and stay permanently.  Without that escape route, the deprivation and misery here over the decades would have been far worse.

The background of the English captain Harry Kane is an illustration of this.  Could there be a more quintessentially English player than 'Arry? The floppy blonde hair, the chiseled face, the lanky frame, the stiff upper lip when the pressure is on...it's all terribly British, old boy.

Except, of course, Harry is as much Irish as he is English.  His paternal grandfather Michael was one of a family of 12 kids in Connemara, in a remote Gaeltacht area where they speak Irish. You can't get more Irish than that.  Harry's dad Pat was born there before Michael moved them to England in the 1950s.

Also playing for England on Sunday were Declan Rice, Kalvin Phillips, Harry Maguire and Jack Grealish, all of whom have at least one Irish parent or grandparent.  Some played for Ireland at junior level or under-21 level before switching allegiance to England.  Rice even played three games for Ireland at senior level before declaring for England, still a sore point with many Irish fans.

And the maverick "Jack the Lad" Grealish, now regarded by English fans as the most exciting player in the squad, famously played GAA (Irish football) for several years as a youngster in England before concentrating on his soccer.

All of these players, including Kane and many others over recent years, could have played for Ireland through the so-called Irish granny rule.  It's a source of frustration, irritation and even occasional anger in Ireland that they choose to play for England instead.

But that ignores the fact that they were born in England, grew up there and naturally regard themselves as English.  And it ignores the fact that the career boost and the commercial returns are far greater playing for a big country like England than for a very small country like Ireland.  Plus the chance of success in major competitions is far higher, despite what happened last weekend.

You often don't have to look far for a connection to some of the best-known Irish names.  In my own case as a young journalist in the Irish Press, I remember hearing stories about a famous news editor of the paper in the late 1940s called Jack Grealish.  By the time I started in the Press in 1970 he had retired but occasionally he used to visit Mulligans of Poolbeg Street in the city center, the pub next door to the newspaper building. 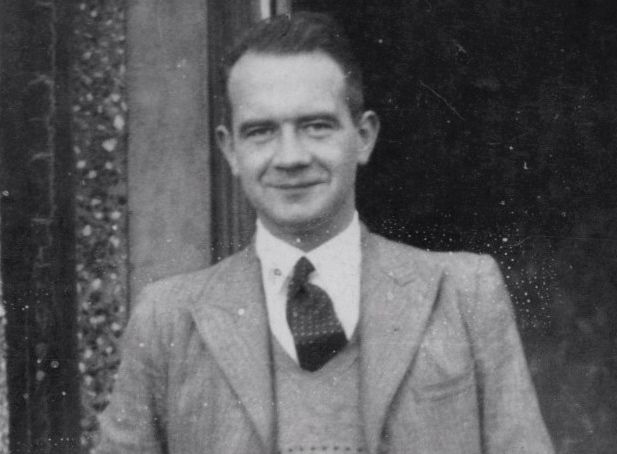 The journalist, Jack Grealish, who brought John F. Kennedy to Mulligan's in 1947.

It was never clear whether Mulligans was a sub-office of the Irish Press or vice versa, but the pub was famous for the characters who drank there, many of them journalists and printers.   A hugely entertaining book on Mulligans was published by Mercier Press a few years ago, written by one of RTE's senior editors, Declan Dunne.  And in the photo section in the middle there is a striking picture of one Jack Grealish.

There is the same mischievous grin and the same swept-back hair, very much the style back in the Brylcreem days of the '40s and '50s and adopted now by young Jack with the aid of a hairband.

Jack senior, originally from Galway, was famous for being a fastidious editor and newsman and an astute reader of politics and business. He was well and diversely connected, personally knowing Eamon de Valera, the archbishop John Charles McQuaid and the writer Flann O'Brien, among many others.  When John F. Kennedy visited the Irish Press during his visit to Ireland in 1947, Jack Grealish gave him the grand tour of the paper before taking him next door to Mulligans for a drink.

According to Dunne's book the pair got on very well together.  Kennedy, who was then 30 years old and 14 years away from becoming president, had worked in journalism and, like Grealish, also had an interest in Irish literature and James Joyce in particular.

In fact, Grealish had a strong connection with Joyce since he was friendly with Nora Barnacle's family in Galway where he had grown up and he had worked with Nora's sister Kathleen on The Connaught Tribune at the start of his career.  This direct connection with Joyce's partner must have been fascinating for Kennedy.

Later in his career, like myself, Grealish ended up at the Irish Independent, although that was long before I moved there.  He was a fascinating, multi-sided individual and a perfectionist in everything he did.

There was also something of the maverick about him, which made him stand out among his peers.  Just like his grandnephew.

To be fair to Irish fans, there is one way in which their dislike of the English team does make sense.  That is the appalling jingoistic nonsense that English fans, the media in the U.K. and even politicians like Boris Johnson indulge in.  It's way over the top and harks back to the grand old days when the sun never set on the Empire and England ruled the world.

What it leads to these days is appalling behavior by English fans like those who invaded Wembley and had running battles with security.   As so often, they made a show of themselves.

Even for those of us here who have gotten over the history of our relationship with our nearest neighbor, the jingoism makes it hard to be sympathetic to England after such a painful defeat.