The number of daily speakers in the Gaeltacht has fallen to just 25%, although it remains at 37% in Donegal. 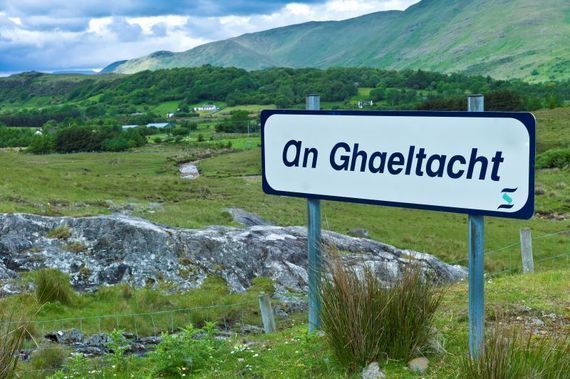 An ambitious five-year plan has been launched to create new jobs and protest Irish language communities in Gaeltacht regions throughout Ireland.

Údarás na Gaeltachta, the regional authority for the economic, social, and cultural development of the Gaeltacht areas, launched the plan in the Donegal Gaeltacht on Friday morning to address a worrying decline in the Irish language in Gaeltacht communities.

Ní Ghallchair noted that the Irish language was in a state of worrying decline in the Gaeltacht regions. The number of daily speakers in the Gaeltacht has fallen to just 25%, although it remains at 37% in Donegal.

However, Ní Ghallchair said that the Irish language is not dead and that Údarás na Gaeltachta's new five-year plan will attempt to revive the language through a movement that is "embraced by young and old".

She said that there many highly educated and skilled young workers living in the Gaeltacht regions and that digital hubs like gteic offer them an opportunity to work remotely in Gaoth Dobhar rather than in a flat in Dublin.

The five-year strategy aims to create a new era for Gaeltacht communities in Donegal, Galway, Kerry, Cork, Meath, Waterford, and Mayo by making these regions more attractive to live and work in. Furthermore, Údarás na Gaeltachta hopes to encourage tourists to visit the Gaeltacht regions to improve their Irish language skills and has launched new tourism packages for Irish language holidays.

Minister for the Gaeltacht Catherine Martin and Minster of State Jack Chambers have approved a €3.4 million ($4.14 million) fund as a 2021 Irish language planning allowance.

Údarás na Gaeltachta will receive funding of €2.75 million, while Foras na Gaeilge will receive €650,000 in funding, which will allow both organizations to advance the operation of the language planning process.

Chambers, who attended the launch at gteic, also visited the ProAmpac plant in the Gaobh Dobhar Business Park.

Formerly known as RAP,  the packaging company was acquired by major US brand ProAmpac earlier this year and recently won a multi-million dollar contract to supply C&D Pet Foods with packaging throughout Europe.

The company is grown from four employees to over 200 employees in its 23-year existence and Operations Manager John McDermott said that the company is actively recruiting for maintenance and production roles.

McDermott said that the company has grown thanks to a loyal workforce combined with the support of Údarás na Gaeltachta.

Údarás chairperson Anna Ní Ghallchair said that the organization's five-year strategy will aim to build on the success of ProAmpac and gteic by providing training and funding, business support, and cultural goals.