While there have been dramatic changes regarding the acceptance of LGBT lifestyles, the support of transgender people has a long way to go. 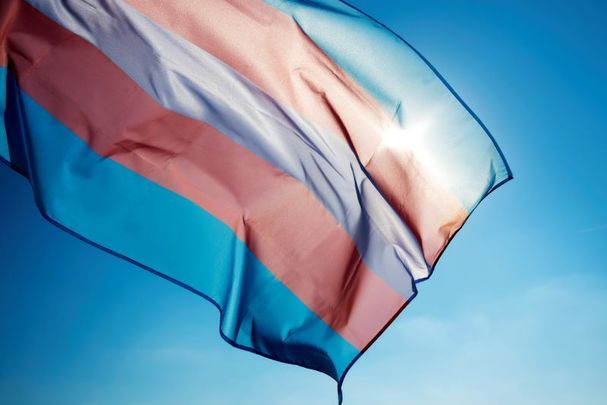 There has been a dramatic change in public attitudes to the gay lifestyle in the last 70 years. For example, in the 1950s President Eisenhower declared that homosexuals were a danger to national security and so should not be employed by the government.

By comparison, in the Biden administration, Pete Buttigieg, a married gay man, was confirmed by the Senate for the important cabinet position of Transportation secretary and, indeed, he had been a serious contender for the Democratic nomination for the presidency.

Transgender people do not enjoy similar acceptance in the American community. They are viewed by many as eccentric freaks who upset the whole male-female binary sexual system by changing their functioning identity from male to female or vice versa.

In July 2017, President Trump tweeted “the United States will not accept or allow transgender individuals to serve in the U.S. Military.” It was a bombshell announcement. General Dunford, head of the Joint Chiefs of Staff, and the Defense Secretary Jim Mattis had to intervene and guarantee trans people already serving that they wouldn’t be fired or denied any medical procedures.

The Trump mandate was reversed in the early days of the Biden administration. The military was instructed to cancel all hiring restrictions based on sexual proclivity, and the new president stressed the entitlement of service members to comprehensive medical treatment for gender transitioning.

Transgender people have always existed and many found ways to live full lives. Consider James Allen, who died after being hit by a falling piece of timber in London in 1829. He had been married to his wife, Abigail, for over 20 years. The autopsy declared that James’ body was anatomically female.

The coroner was perplexed by the situation, but he continued to describe Allen as male because he argued that he had a wife.  The rest of the community where he lived agreed.

James wore a pair of trousers, worked as a manual laborer, and was married. Some people mentioned that they noticed he lacked facial hair and that his voice at times seemed strangely high-pitched. Still, the consensus was that he died a man leaving a grieving widow.

Researchers confirm many such stories in past centuries. Some historians claim that Joan of Arc, the great military leader and saint in the 1400s, had traits that strongly suggest that her biological sex was misaligned with the way she wanted to express herself. Apart from leading armies into battle, she persisted, against the requests of the religious leaders of the time, in wearing male clothes even when attending Mass.

Transgender is an umbrella term for persons whose gender identity as revealed in their feelings and behavior is not congruent with their biological make-up. It refers to a person’s internal sense of being male or female and how that is communicated in clothing, hairstyle, voice, or body characteristics. The abbreviated version of trans is frequently used and not considered derogatory.

About 0.3 percent of people worldwide identify as transgender. This amounts to about one million residents in America who define themselves in this way. The number may well be double that figure because many people stay in the closet to avoid the opprobrium and social isolation that comes with revealing their abnormal situation.

A baby’s anatomy announces whether it is male or female, but assessing a person’s gender can be much more complicated. When a person’s biology clashes with a strong sense of a different gender identity, the resulting crisis presents a major challenge.

What is the source of this painful anomaly? Experts suggest that while community and cultural influences are important in understanding the trans community, their identity is also impacted in important ways by inherited genes and prenatal hormone levels. Researchers in Europe and the United States are actively involved in further research.

One key discovery regarding transgenderism stresses that it is not synonymous with sexual orientation. So, a woman who has a sex change and becomes a man may well not be interested in a romantic relationship with females.

Research reveals that those who identify as transgender come to see this part of their personality slowly and unwillingly because they don’t want to subject themselves to the stigma and shabby treatment that inevitably follows coming out. Many people, including family and friends, find it difficult to even imagine what is involved in changing one’s sex.

Harrowing statistics from a recent study reveal alarming levels of attempted suicide among transgender youth, with the highest rate among boys trying to come to terms with their sexual feelings. More than half of male teens in this category reported attempting suicide while close to one-third of trans females also made some effort to kill themselves.

The most insidious rumors about transexuals falsely allege that their condition correlates significantly with pedophilia. There are also unproven suggestions that trans students are more likely to fit in the autism spectrum than the general population.

Important research reported by Scientific America indicates that the brain formation of transgender people actually resembles not people of their own physical gender but the brain structure of the gender that the person identifies with.

Salient issues about this group have been in the news in the last year, with right-wing leaders seeing it as a wedge issue for use in the culture wars. They paint their opponents as favoring confusion about which bathroom the trans community should use. Actually, there is no bother here because people enter the toilet of their adopted gender with other users completely unaware of their situation.

There is a genuine problem with male athletes who transition to females giving her an unfair advantage. The authorities in the various sports have to deal with this situation.

Fairness demands that punishing the athletes involved makes no sense. Ideal fodder for those conservatives prodding their version of the culture wars.

According to the Human Rights Campaign (HRC), state legislators – all Republicans – have introduced more than 80 anti-transgender bills since January 1. Proposed legislation includes laws prohibiting trans women from participating in college sports and even criminalizing the provision of gender-affirming care for some transgender people.

The reprehensible thinking behind these moves involves using legal prohibitions to stamp out behavior that they don’t understand and which is outside their tolerance level.

HRC, commenting on all these proposals says, “These bills are not addressing any real problems. Rather this effort is being driven by national far-right organizations sowing fear and hate.”

When there is a controversial issue involving sex, some Catholic bishops are bound to step in with outmoded ideas. True to form, bishops Michael Barber of Oakland and David Konderia of Tulsa, both senior committee spokesmen for the United States Conference of Catholic Bishops, wrote a letter to Congress expressing their support for proposed discriminatory legislation that targeted trans women in school and collegiate sports.

In January of this year, several bishops issued a disgraceful letter condemning the Biden administration’s plans to extend nondiscrimination protections for LGBTQ people. The letter also identified their opposition to civil rights protecting individuals on the basis of their gender identity. No doubt who they had in their sights on the identity issue.

All the therapists dealing with the transgender community highlight the importance of understanding and compassion which must undergird all therapeutic treatment methods for transgender people. Whatever misinformation is driving these bishops’ beliefs, their cold-hearted approach certainly does not represent gospel values.