Ireland is one of just six jurisdictions in the world where people may legally change gender through self-determination. 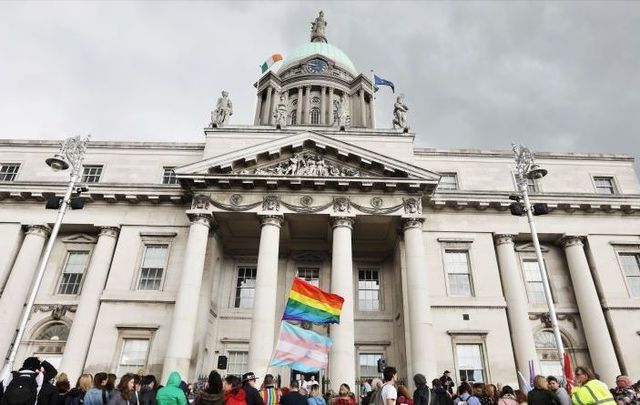 Ireland is one of just six jurisdictions in the world where people may legally change gender through self-determination.

"Transgender" is an umbrella term for persons whose gender identity, gender expression or behavior does not conform to that typically associated with the sex to which they were assigned at birth.

Read More: Trans people speak about their experience growing up in Ireland

Gender identity refers to a person’s internal sense of being male, female or something else; gender expression refers to the way a person communicates gender identity to others through behavior, clothing, hairstyles, voice or body characteristics.

The 2015 Gender Recognition Act in Ireland provides an administrative process for transgender people over 18 to achieve full legal recognition of their preferred gender. The process is also open to people aged 16-18, though they have to go through the Circuit Court and get a doctor’s certificate and parental consent.

The 2015 legislation meant people could change their gender on birth certificates, passports, and driving licenses by making a formal legal declaration, without the need for testimony from psychiatrists.

Irish transgender woman Lydia Foy, who spent some 20 years battling to have her gender legally recognized by the Irish State, is credited with leading the fight that ultimately led the Oireachtas to pass the Gender Recognition Act in 2015. 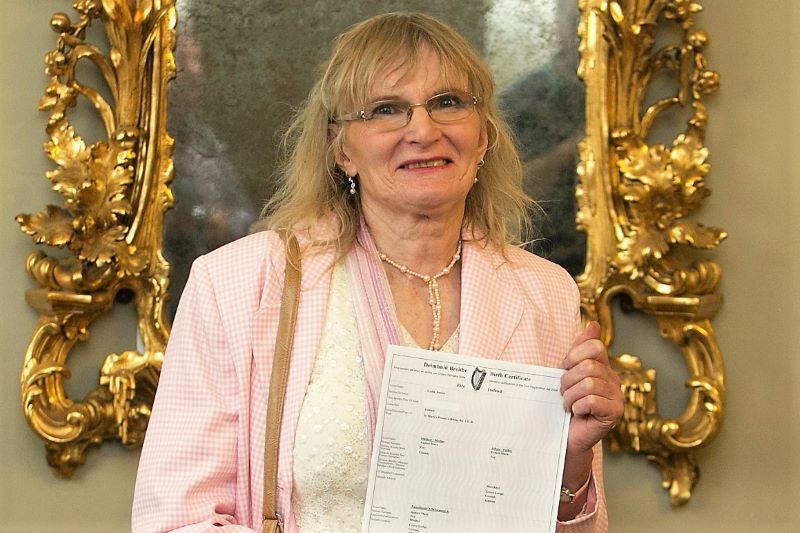 Support for the Trans community in Ireland

Transgender Equality Network Ireland (TENI) does trojan work for the trans community in Ireland, including the provision of over 170 training sessions each year, educating almost 7,000 people on topics such as health and wellbeing, employment and education.

In 2018, they answered 2,512 calls from people in the Irish trans community looking for information, general support, family support, and mental health resources among others.

"And that's only a small amount of the work we do," Chair of TENI Sarah R Phillips laughs.

As the subject of transgenderism generally strikes intimidation into the hearts of those who wish not to offend, IrishCentral's sister publication Irish Tatler spoke to Phillips, to break it down into easy-to-understand language.

When it comes to using correct pronouns, Phillips maintains that it's simpler than you think: "Firstly, we need to consider what being trans means at a basic level. It is about having a gender identity that does not agree with that assigned at birth. For most people, their assigned birth gender feels right for them, for the trans person, it does not.

"But, when you grow to have a core identity that does not agree with your assigned birth gender, and you strive to be recognized for who you are, names and pronouns become very important."

Phillips went on to make the comparison of calling someone by the wrong name.

"The basics of respect are what's key here, allowing individuals the right to be themselves," she said.

"Names and pronouns are just a small way we can do this. Otherwise, we are disrespecting each other."

Life can be really tough and sometimes we all need support. If you are in crisis, having suicidal thoughts or feel overwhelmed, please, please talk to someone. There is help out there! Call the LGBT Helpline on 1890 929 539 or Pieta House on 1800 247 247.

We asked Phillips about her own personal experience on the matter, to which she replied: "it's contradictory."

"Personally, I have had a good experience," states Phillips.

"People have been very respectful. However, I know that is not always the experience of many of my peers or the trans community in general.

"It's can be a hit-and-miss situation. Some people may be willing to give you the respect and behave respectfully, but others aren't. Even within our own families, trans people struggle to get that acceptance, struggle to be referred to by their own preferred name.

"There's definitely a long way to go in terms of education – in the world, not just Ireland. And I think there’s still a lot to do before it is something that is not constantly having to be discussed.

"From my perspective, I came on a journey and a lot of my family, friends and colleagues came [on that journey] with me, they got used to it after a while. We (trans people) need to allow that space and time [for them to make the effort]."

What not to say to a trans person in Ireland (or anywhere!)

In terms of what to avoid when speaking to a trans person, Phillips says it comes down to one thing: "Again, I’d come back to one word always and that’s 'respect.'"

"Why do you have to focus on the trans issue first? When you meet someone for the first time - treat them as anyone else. Do not ask about being trans unless they’re open and willing to share that information with you."

"Don’t ask about surgery. Would I come up to you and ask you about your medical history?"

"People can be quite voyeuristic about the process trans people go through and unless they’re willing to share that information with you, don’t broach it. If they have identified as trans, maybe at some point ask the question to see what suits them."

For anyone who is still unsure,  there are questions that are okay to ask.

"If they have shared with you what they’re going through, then yes it's okay to ask," Phillips says.

Read More: "All I want is to fight for my country" - Irish American transgender airman

"The big thing to avoid is surgery I'd say," she said.

"To me, that’s the big one – another one I'd be careful of are people's personal family affairs. Not everyone's family is accepting of their situation and that has to be considered."

In January 2017, Aoife became the first person to transition globally within her workplace.

Since then she has given numerous talks and interviews about being transgender in Ireland today. She also took Irish Blood Transfusion Service to task over their refusal to change her details on their database and to allow her to donate blood.

When it comes to pronouns, Aoife – a champion of the cause – believes it's best not to overthink it: "Around pronouns, people might get a big caught up with these things. If you’re not sure, just ask – it shows that you’ve actually thought about this and want to proceed with respect.

"As well as that, get educated. I'm quite open and I don't mind people asking me questions, but people can also just Google and do research."

Martin, who self-admittedly "essentially came out online," found that the internet can be a wonderful place, but one should "be wary."

"I've had a very positive and accepting online experience – but with being online, you have to be quite careful. A lot of my friends in the UK have been through awful times. See, we have self-identification over here, which they’re trying to get into the UK.

"I remember once, one person tweeted a picture of me with the word ‘man’ written across it. Media in Ireland has been pretty okay or they've either just ignored us, which is also good! What more can you ask?"

Teni.ie and belongto.org have details of regular peer support for trans people around the country, and of family support groups in Dublin, Waterford, and Limerick. 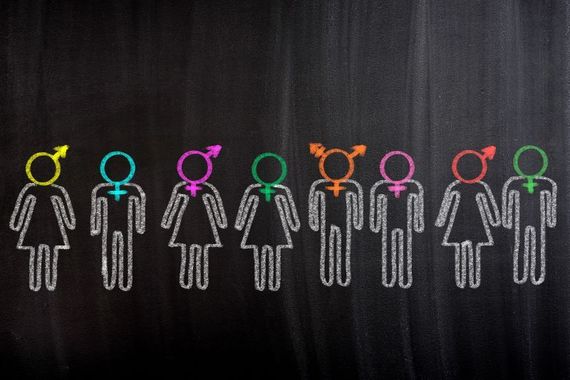 An explainer of terms associated with the trans community:

Cisgender – A term for people whose gender identity matches the sex that they were assigned at birth. The opposite of the term ‘transgender.’

Transgender – A person who has a gender identity or gender expression that differs from their assigned sex.

Pansexual – Someone who has the ability to fall in love/being attracted to someone regardless of their gender.

Non-binary – Genderqueer, also known as non-binary, is a catch-all category for gender identities that are not exclusively masculine or feminine‍. A non-binary person may express a combination of masculinity and femininity, or neither, in their gender expression.

TERF – An acronym for the phrase “trans-exclusionary radical feminist.” In essence, someone who is campaigning for feminist ideals whilst excluding transgender women.