Donald Trump’s tweeted decision to ban transgender from the military slated as “shocking and ignorant.” 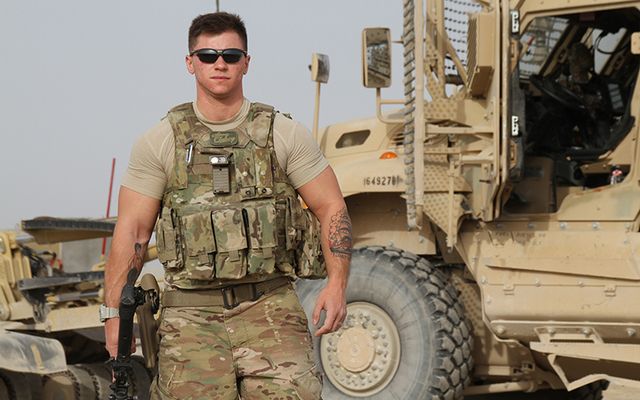 An Irish American transgender US Air Force sergeant has reacted to President Donald Trump’s announcement banning transgender people from serving “in any capacity” in the military saying, "All I want is to fight for my country."

Air Force Staff Sgt. Logan Ireland told the Air Force Times, “I would like to see them try to kick me out of my military.

“You are not going to deny me my right to serve my country when I am fully qualified and able and willing to give my life.”

In a text exchange, including his wife, Laila, who is also trans and in the military, Ireland wrote:

On Wednesday, in a series of tweets, President Donald Trump, stated that after consulting with generals and military experts no transgender people will be allowed to serve in the US military due to the “the tremendous medical costs and disruption that transgender in the military would entail."

The top Democrat in the House of Representatives, Nancy Pelosi, noted that a study, commissioned by the Pentagon, found that the cost of providing medically necessary transition-related care involving transgender service members would amount to one-one-hundredth of one percent of the military's healthcare budget.

She added, “Once again, President Trump has shown his conduct is driven not by honor, decency, or national security, but by raw prejudice.”

After consultation with my Generals and military experts, please be advised that the United States Government will not accept or allow......

....Transgender individuals to serve in any capacity in the U.S. Military. Our military must be focused on decisive and overwhelming.....

....victory and cannot be burdened with the tremendous medical costs and disruption that transgender in the military would entail. Thank you

Other transgender service members expressed the same determination to stay in uniform in interviews with the Military Times. Sgt. Jack Schuler, a transgender man and Army reservist who is a chemical operations specialist and who formerly served in the Marine Corps, said, “I will continue to report for duty in the uniform of the day until I am forced to receive my DD214.”

He said, “I love serving this country and its people.

“I love being a part of this military family. My dream is to retire after a long career. I’m not going anywhere, anytime soon.”

A transgender male MP in the Marines pointed out that he served honorably through two deployments. He added that he had never endangered his comrades or made anyone else “conform to my world view.”

He said all he asked for was the same respect he gave others.

The corporal said, “I have never described myself as trans; I’m a mother****ing Marine.

“That‘s all that matters. Don’t tarnish my title with your bigotry and fear of the unknown.”

As yet, it is not clear how Trump’s policy will affect transgender people already serving in the military. In a short statement, the Pentagon said it will work with the White House and “will provide revised guidance to the department in the near future.”

Aaron Belkin, director of the Palm Center and a leading transgender rights advocate, described Trump’s decision as "shocking and ignorant."

He said: "The President is creating a worse version of 'Don't Ask, Don't Tell.' As we know from the sad history of that discredited policy, discrimination harms military readiness."

Former US defense secretary Ash Carter said: "To choose service members on other grounds than military qualifications is social policy and has no place in our military."

Earlier in 2017 the Trump administration revoked landmark guidance on public schools that allowed transgender students use bathrooms of their choice.

Also during his 2016 campaign, he tweeted:

Trump’s actions this week appear to have halted years of efforts to eliminate barriers related to sexual orientation in the military.

In 2016, the Pentagon, under President Obama, announced the end of its ban on transgender people serving openly in the military.

The Pentagon referred all questions about Trump's decision to the White House. It had been expected that transgender people would have been allowed to begin enlisting this year, providing they had been “stable” in their preferred gender for 18 months. However, on June 30 Secretary for Defense Jim Mattis approved a six-month delay.

Block said, "This has been studied extensively, and the consensus is clear: there are no cost or military readiness drawbacks associated with allowing trans people to fight for their country.

"The president is trying to score cheap political points on the backs of military personnel who have put their lives on the line for their country."

Any American who meets current medical & readiness standards should be allowed to continue serving - my full stmt: https://t.co/6rHm5OWQzc

A veteran of the Vietnam War, McCain said in his statement there is no reason to force service members who are able to fight, train and deploy to leave the military – regardless of their gender identity.

He added that Trump’s tweets are "yet another example of why major policy announcements should not be made via Twitter." He said the statement is unclear as the Department of Defense had already decided to allow currently-serving transgender people to stay in the military.

Here is a New York Times Op-Doc on Sgt Logan Ireland from 2015, made while he was planning his wedding and serving in Afghanistan: