POLL: Have your say here. No other president has suffered such low numbers so soon into his presidency. 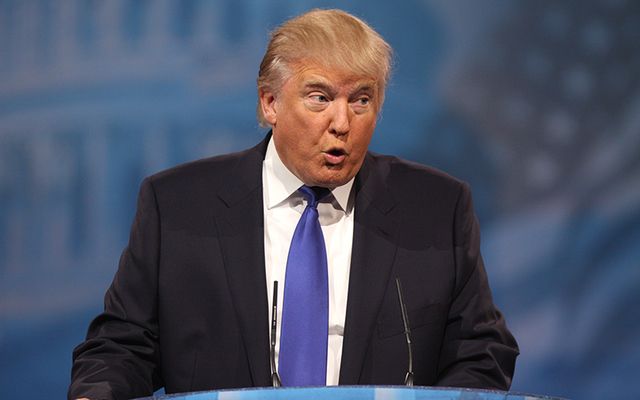 Nearly half of Americans surveyed by USA Today believe President Donald Trump should be impeached after a mere six months in office (have your say in IrishCentral's poll below).

Of those polled, 42 percent said impeach him, the same number disagreed, with the rest undecided. Only 27 percent said he will complete four years in office.

No other president has suffered such low numbers so soon into his presidency.  If this continues he will challenge Congress' basement-level rating which is in the low teens.

Those numbers are startling and should be humbling for the 71-year-old president. But humility and Trump do not exist in the same universe.

Do you think Donald Trump should be impeached?


It is a catastrophic poll for Trump, who has utterly failed to convince the majority of Americans that he knows how to do his job. He seems clueless and people are taking note.

The scandal du jour, the Russian recusals, the reckless tweeting, the continuous hiring and firing might be fine policy for a hard-nosed real estate company, but it doesn’t wash in Washington.

The inability to get anything done other than meaningless executive orders has meant that Trump’s capability in a real crisis is seriously in question.

Then there’s his tendency to lash out at everyone around him. Last week it was Attorney General Jeff Sessions, while Sean Spicer quit his job as press secretary because of all the in-fighting. Sessions, one of Trump’s earliest boosters, may be forced to quit too given Trump’s revelation that he never would have picked him for AG if he knew he would recuse himself from the Russia investigation.

"These results suggest that Trump is probably the most beleaguered first-term president in the country’s history, and certainly in modern history – highly unpopular among the public, with a significant portion clamoring for his impeachment barely six months after his inauguration," says David Moore, a senior fellow at the University of New Hampshire and polling director for iMediaEthics.org, a nonprofit, nonpartisan news site.

Never has a sitting president, especially one just getting the seat warm after six months, displayed such low numbers.  I personally don't believe the results of an election should ever be overthrown except in extraordinary circumstances, but Trump seems unaware of his mistakes.

The rot started with his bombastic inauguration speech, the worst ever, exploiting and promoting divisions not seeking out consensus.

Since then it has been a crisis-a-day presidency. Luckily there have been no red-hot international crises to reveal his unpreparedness any further. It may only be a matter of time.

On issues like healthcare and tax reform he needs to reach across the aisle – desperately. He lost the popular vote by a whopping three million and has no mandate to pursue a Republican-only strategy.

Yet he appears ready to persist with his obsession on putting points on the board.

It appears he is ready to dismantle the entire Obamacare system and replace it with something far worse in order to achieve a victory, any victory.

It is clear that the Trump presidency is on a precipice. He has months, not years, to turn it around. He shows no signs of doing so. Impeachment may gather steam unless he can start acting like a president and not some high-chair, spoiled kid who wants his way all the time.

The new poll numbers should be a massive wake-up call but with this presidency – inchoate, out of touch, arrogant – there is no guarantee.