A thoroughly decent human being, Irish American press secretary got caught up in the greatest fraudulent presidency in history. 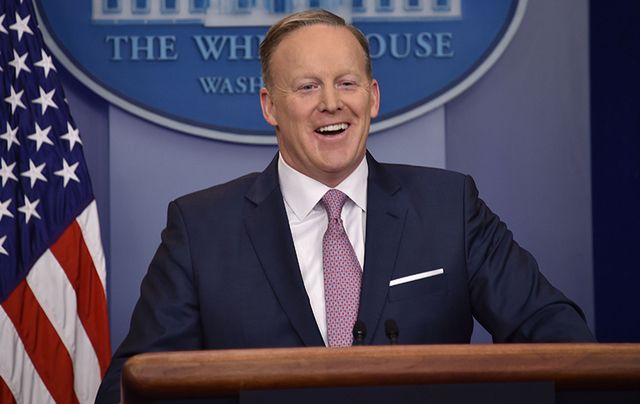 In the end Irish American Sean Spicer could take the ridicule and the humiliation no more.

A thoroughly decent human being, Spicer got caught up in the greatest fraudulent presidency in history. He worked for a man who believed loyalty was a one-way street and no matter how outrageous his behavior it was his press secretary’s job to go out and defend it.

In the process Spicer almost ruined his own career, creating comparisons to Baghdad Bob the loony tunes spokesman for Saddam Hussein during the Gulf War.

Spicer was the target of a merciless Melissa McCarthy on “Saturday Night Live” and he never knew where the next missile was coming from.

I met him at the Irish Ambassador's residence on St. Patrick's Day and found him thoroughly decent and straightforward. Clearly, he was out of his depth but then so is everyone in this chaotic White House.

Read more: Sean Spicer has resigned - Ambassador of Ireland next?

Spicer had the hardest job in politics, fronting for a man whose major default position is to deny the nose on his face, if he thinks it will get him out of trouble.

A press secretary is only as good as the information he has access to and Spicer had no access to the inner circle whatsoever.

Typically, Trump has appointed Anthony Scaramucci a businessman utterly unqualified for the job of communications director. Spicer has resigned in protest. He finally did the right thing.