Nixon was supported by 27 percent of the American people the day he was forced out of office by the certainty of impeachment. 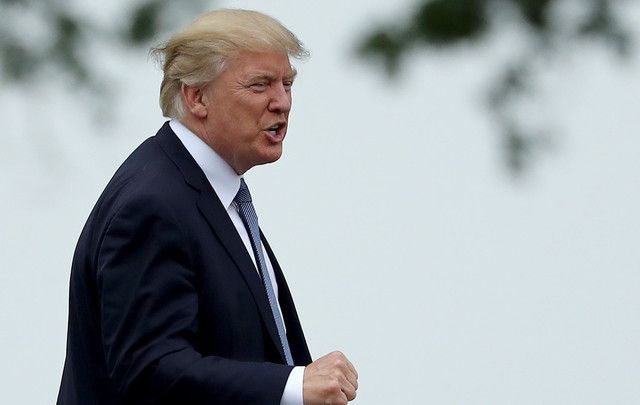 Richard Nixon had the support of 27 percent of the American people on the day he was forced out of office by the certainty of his impending impeachment.

The 27 percent figure shows that there will always be a die-hard coterie of followers who will defend a failed politician no matter the incompetence or corruption.

He is even underwater in a state like Iowa, where a recent poll showed him at only 40 percent approval. His standing among independents is what is destroying his popularity as he lurches from one crisis to the next.

Trump's plummeting numbers come at a time when the economy continues to perform and unemployment is at very low levels.  If that were to change then we would clearly be looking at Nixonian levels of popularity.

The poll confirms what we know – what Trump is attempting to do is clearly a recipe for failure.

It is quite simple. The electorate ranks health care as the most important issue at present, hardly surprising given that there has been so much attention given to dismantling Obamacare.

But tearing apart Obamacare is deeply unpopular. The current GOP plan would throw over 20 million Americans off health care, adversely affecting the elderly and the poor and allowing junk insurance plans which cover very little to be offered.

Amazingly, Republicans in the House and Senate have gone along with the hare-brained Trumpcare plan against the wishes of over 60 percent of voters who prefer Obamacare.

It is self-evident what is happening – you can't force junk health care onto people.

Sure, Obamacare needs fixing, but replacing it with a lemon does not work.

What Americans want is obvious – they’re looking for both parties to sit down and iron out the problems in a health care system that currently covers far more people than what Trumpcare offers.

Do-over: 1 in 8 people who voted for Trump want to change their vote - Reuters/Ipsos poll https://t.co/yHroLicIuS pic.twitter.com/OE4ItRvLw8

But the Republicans, supremely arrogant in power and determined to insult Obama at any cost, have utterly lost the run of themselves.

They see no need to conciliate or seek agreement. It is their way or the highway.

Their hero Ronald Reagan knew differently.  On the massive issues of the day he consulted regularly with House Speaker Tip O'Neill, and the two old Irish pols found a way to save Social Security, for example, which was deeply in the hole at the time. Trump has no such intent.

These days foreign leaders have figured out the way to his heart is through huge displays of pomp, power, and excess, such as those displayed in his honor by Saudi Arabia and France. The spoilt little boy demands more and shinier objects. Let the poor eat cake.

Meanwhile, the daily drumbeat of scandal continues and Trump nears the Nixonian popularity zone after just six months in office.

Is it just me or does the next three and a half years seem like the longest and most dangerous stretch in recent history?

Let’s just hope we make it through.