Sean Spicer has resigned - Ambassador of Ireland next? 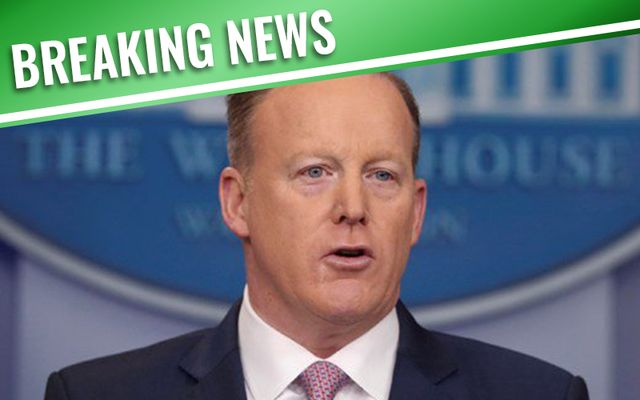 While there has been speculation for some time that Spicer was on his way out, the circumstances behind his departure come as something of a surprise. According to The New York Times and Politico, Spicer resigned in protest over Trump’s new pick for Communications Director, Wall Street financier Anthony Scaramucci.

According to the Times, Trump asked Spicer to remain in his role, but Spicer insisted upon resigning, calling Scaramucci’s appointment a big mistake. Scaramucci, a major Trump donor and supporter, has allegedly been a point of contention in the White House, with Chief of Staff Reince Priebus also voicing disapproval.

Spicer’s reign behind the podium in the White House briefing room has been beset by controversy since the day after Trump’s inauguration, when he vociferously defended the president’s claims about the size of the crowds in attendance.

He gained particular notoriety through comedian Melissa McCarthy’s impersonations of Spicer on Saturday Night Live, with McCarthy accosting the press verbally and with a moving White House podium in a nod to Spicer's often strained relationship with the media.

Spicer, 45, is a proud Irish American. He is a native of Barrington, Rhode Island and a graduate of Portsmouth Abbey, the exclusive Benedictine boarding school near Newport.

His great-grandfather William Spicer immigrated to America from Kinsale, County Cork, according to Simon Carswell in The Irish Times, and joined the Navy, serving in the Spanish-American War. Spicer has made his Irish pride known in Washington, DC - once wearing shamrock pants for a CNN appearance on St. Patrick’s Day.

What will be next for Spicer? While the rift between Spicer and his now former boss may be irreparable, he had previously been mentioned as a potential nominee for US Ambassador to Ireland. The role has been up in the air since Trump’s nominee Brian Burns withdrew his name in June.