It used to be Irish power resided in politics, now it seems to have shifted to late night satire. 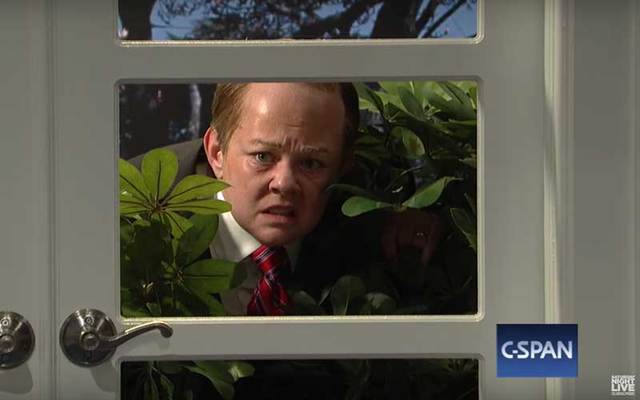 It seems like the opposition to President Trump is being led by Saturday Night Live, which, from the beginning, has set the tone on some of the most absurd moments in presidential history.

Chief among the protagonists have been Melissa McCarthy and Alec Baldwin, two Irish American actors who are in danger of permanent stereotyping given how good their take-offs of press secretary Sean Spicer and President Trump have become.

On Saturday night, it all came to a climax with McCarthy hosting and Baldwin reprising his Trump role.

The scene where McCarthy as Spicer was hiding in the bushes while his deputy appeared to be taking over and another scene where Baldwin and McCarthy play off each other as Spicer tries to save his job are hilarious but telling.

Given the Comey fiasco this week, truth has become stranger than fiction at this White House and even deranged scenes like what McCarthy and Baldwin portray may not be stranger than truth after all.

It sometimes seems the opposition to Trump is carried by a cadre of Irish Americans — Colbert, Maher, Baldwin, McCarthy, even Fallon these days. It used to be Irish power resided in politics, now it seems to have shifted to late night satire.

When Trump looks to his opposition it is not from the hapless Democrats but rather from late night TV. Like everything else about his presidency, it is another bizarre note.