President Joe Biden reversed Donald Trump's controversial ban stopping transgender people from joining the US military in one of his first executive orders in the Oval Office. 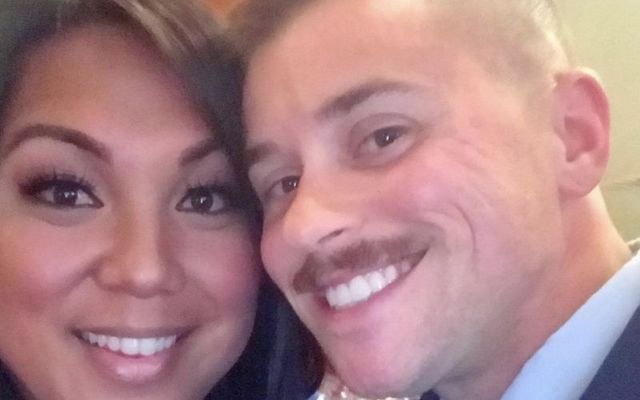 Logan Ireland with his wife Laila in 2017. GLAAD Twitter

Sergeant Logan Ireland has been one of the most vocal opponents of Trump's ban since it was implemented in 2017 and said that Biden's reversal will make the American military stronger.

Ireland said that he wasn't directly impacted by Trump's ban as he was "grandfathered in" from the Obama Administration but said that several of his colleagues were forced to leave the military.

"Some, unfortunately, did get out of the military. Some had to serve in silence if they wanted to continue to serve," Ireland told WJLA.

He said that Monday's reversal opens the door for people who had been excluded from the US military over the last four years.

"It highlights that their voices and their stories are valid. For those that are aspiring to serve, it opens that door and it welcomes them," Ireland said.

Announcing the reversal, President Biden said that he was allowing all qualified Americans to serve their country.

Biden said in a White House statement on Monday that gender identity "should not be a bar" to joining the US military. Trump announced the transgender ban on Twitter in 2017, citing "tremendous medical costs and disruption". The ban came into effect in April 2019 and any trans personnel who were already serving were permitted to continue.

There are approximately 9,000 active duty trans personnel in the US military, according to 2019 research by the Palm Center.

Sgt. Ireland discussed his struggles as a trans soldier in "Transmilitary, a 2018 documentary following trans personnel in the US military.

"Here in Afghanistan...a war zone, I’m just another guy, whereas back home, I’m still seen as female," he said in the documentary.