Give us back our America, this viciousness in US politics must not continue

"The system is broken, perhaps forever. It will take a Lincoln-like figure to bring it back from the brink." 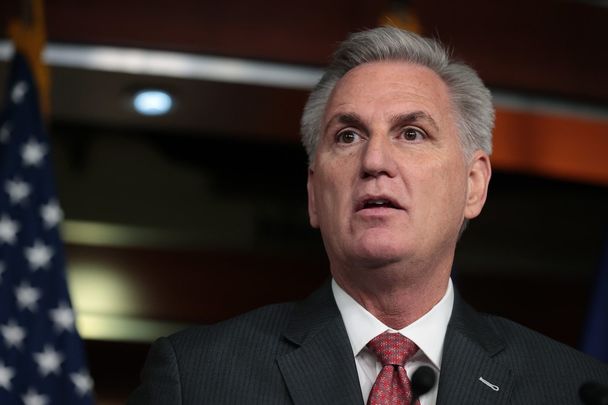 We find ourselves despairing at times in the present culture. It seems there is a rotten core to politics and a boiling anger simmering constantly no matter what the issue. Civility has reached its limit and been replaced by threats and constant innuendo.

Editor's note: This article was published as the Irish Voice Editorial on Wed, Nov 24, 2021.

American politics was never viewed as a sport for the weak at heart, but rarely has it descended into such viciousness as it has in recent times.

One can only imagine what young generations think the message of American politics is when you consider they witness some leaders acting worse than children themselves.

One such “leader” is You Know Who who threw a mighty tantrum when he lost a free and fair election and subsequently devalued democracy with every speech he made.

Amazingly, his message of trying to keep power illegally caught on with his faithful following and opinion polls show little damage to his popularity, despite trying to undermine the very core values of American society.

His four years are over but the passage of time has not dimmed the tide of accusations, allegations and acrimony that dominate our politics today.

Amazing to remember that not too long ago President Ronald Reagan and then-House Speaker Thomas “Tip” O’Neill used to meet up occasionally for an after-work drink in the White House. Sure, there was disagreement, but there was comity too.

Likewise, a friendship grew between both George HW Bush and Bill Clinton.  The two men became firm friends despite having been sworn enemies through a tough presidential campaign. Can you imagine Donald Trump inviting Joe Biden down to Mar a Lago any day soon?

Can you imagine Biden and House Speaker Kevin McCarthy sharing a meal? Not in this current mudbath political atmosphere where smear and slime are the lingua franca of many leading contenders.

Who and what created this foul political climate?

It was certainly first showcased by Republican Newt Gingrich in 1995 when he became House speaker.  He adopted a scorched earth policy of refusing to negotiate compromises.

Gingrich was among the first to realize the impact of the 24/7 C-Span cameras showing the House proceedings and he cleverly exploited the coverage in his favor.

The second great villain is Rupert Murdoch who last week amazingly decried the terrible tone of American politics in a speech as if he had nothing to do with it.

But he does. Never forget this is the man who allowed his News of the World reporters to illegally hack the answering machine of a family with a missing girl, later found dead, in order to scoop everyone.

There is also, of course, the impact of anonymous and unchecked social media on both sides which allow hate mongers to carry the same weight as responsible journalists.

As we view the landscape, the right-wing seems far more the problem with the Trump flirting with fascism as he did in Charlottesville and his party looking away.

There is no equivalence.  One party staged a coup led all the way by the ex-president to overthrow our democracy and change an election. In any other country that would  be seen as treason.

Instead voters here seem to want to reward that party if polls are right.  Therein lies the reality.

The Democrats have lots of problems with their ridiculous embrace of woke ideology, but they never attempted to steal an election.

Overall, however, the system is broken, perhaps forever. It will take a Lincoln-like figure to bring it back from the brink.