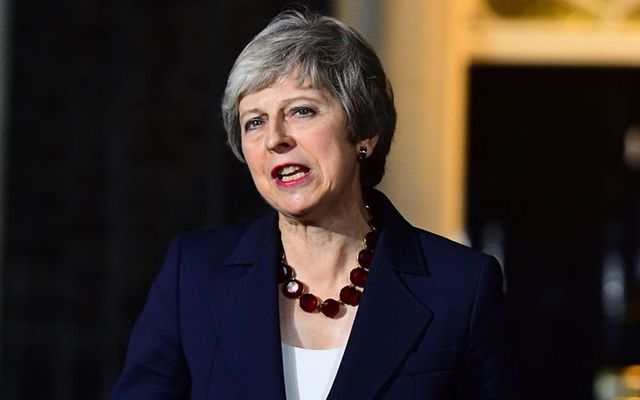 If you want to know how clueless the Democratic Unionist Party (DUP) is when it comes to real politics, consider this:

Before the British government had released the draft of the new Brexit agreement yesterday the Unionists said no.

Perhaps it was all those centuries of saying no to everything that fashioned the negative response, or perhaps it was the final frontier, death rattle of a type of Unionist supremacy which has now had its day.

Arlene Foster on draft #Brexit deal: "As Unionists we could not support a deal that broke up the United Kingdom" says DUP leader, adding "there will be consequences" for a Commons vote

Did they really think they could stop the massive high stakes game between Britain and the EU on how Brexit works out?  There are billions at stake and arguably a whole new political reality for the British on the line.

The Tory Party leader, Theresa May has rejected the Unionists and their usual bullying tactics in favor of the only possible way to negotiate the best exit from Europe.

Read more: Will an Irish passport be really worth this much after Brexit?

Sammy Wilson, a leading DUP spokesman compared the document he had never read to a “punishment beating” from the European Union. This is the same Sammy Wilson who called Irish leader Leo Varadkar a “nutcase”.

So much for lowering the tone and avoiding violent imagery in Ireland.

The hapless Unionists may finally have said “no” one time too many. They have ten seats at Westminster, enough to allow the Tories to form a government in 2017. Arlene Foster the party leader has wielded those ten seats like a stick over the heads of the Theresa May-led government.

Until now May had taken it on the chin but it is clear in the past few months, she was at breaking point with the Unionist tactics which were holding up the entire massive agreement with the EU.

She chose to go with the least bad version of Brexit, one that removed the fear of a hard-Irish border and safeguards the Good Friday Agreement, the linchpin of the process that brought peace to Ireland.

The EU and the Irish government were bolted on. Despite the fact that 56 percent of Northern Irish voters cast their vote to remain in the European Union the Unionists acted as if only their voice mattered and they opposed.

At the heart of their argument is the Big Lie, the notion that Northern Ireland has always to be considered in lockstep with the rest of the UK.

When it came to same-sex marriage and access to abortion the DUP quite happily refused to accept the London law and made up new ones just for themselves. Forever together, I think not.

If May is successful in passing the new Brexit bill, she will have finished what should have been done decades ago - allowing the special treatment that Ulster Unionists have been accustomed to and making it clear the British government treats them like any other party.

Ironically, Brexit may well be the rock the unionists and their influence may perish. A bill to safeguard the British way of life could well spell doom to a party that for far too long has always got its way.

Now because of a failure to negotiate they have offended many middle-class unionists and business people to whom a hard border would be an economic disaster.

Ironically the road to a united Ireland has opened wide because of abject Unionist behavior. When a referendum is held on Irish unity many decent unionists, those who made up the 56 percent who voted against Brexit may well scorn the pathetic leadership of the DUP and think they would be better throwing in their lot with the south.

Watch that space, former Unionist leader David Robinson has already signaled the need for Unionists to prepare as demographics are changing quickly too.

Do you believe that a united Ireland is inevitable following Brexit? Let us know your views in the comments section below.