Will an Irish passport be really worth this much after Brexit?

Irish passports could save British citizens tens of thousands of Euros after Brexit. 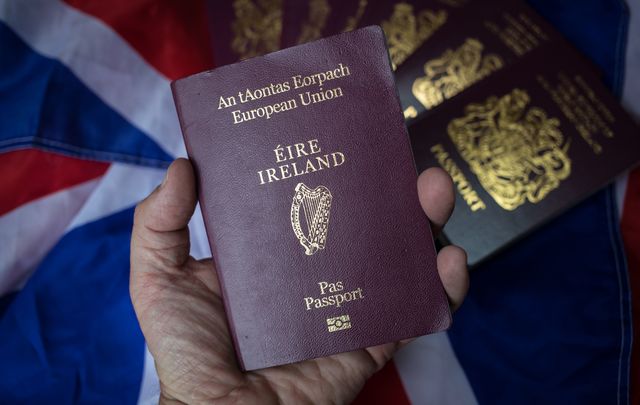 The worth of an Irish passport could increase substantially for British citizens outside of Ireland in the wake of Brexit.

As Britain is set to pull out of the EU, many of the benefits of an EU membership such as lower healthcare costs and education fees could disappear for citizens, potentially proving costly for non-EU citizens like the British.

Bloomberg reports on one example of how an Irish passport may save a non-EU citizen money: “An EU citizen studying engineering in Dublin’s Trinity College pays about 28,000 euros over four years. Non-EU citizens, like the British after Brexit, will pay about 100,000 euros.”

An Irish passport could be a simple enough way to save that money.

However, Bloomberg does note that “many of these entitlements are bound up with residency.”

“A student needs to have lived in the EU for three of the five years preceding admission to qualify for lower fees in Dublin, for example.”

Read More: The Irish passport is more powerful than ever in world rankings

Obtaining an Irish passport is relatively easy for many British citizens who are able to prove a direct connection to Irish ancestry. Citizens of Northern Ireland, whose EU membership is a major contention point of Brexit, are entitled to an Irish passport (and/or a British passport) as part of the Good Friday Agreements.

Do you live outside of Ireland and have an Irish passport? Let us know in the comments