Dr. Kevin Cahill recounts in his book how Archbishop of New York Terence Cardinal Cooke wielded his influence to support an AIDS symposium. 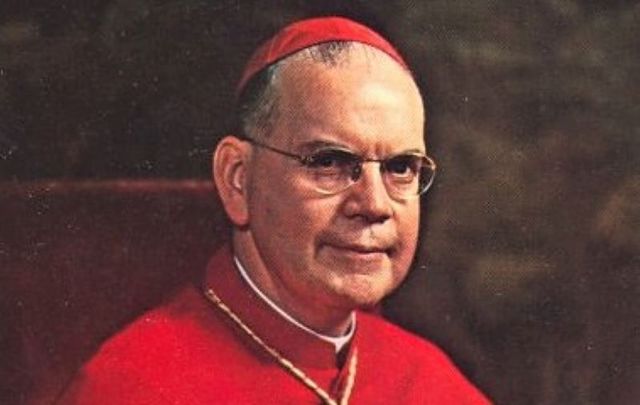 Archbishop of New York Terence Cardinal Cooke stepped in when the AIDS epidemic was at its worst in the early 1980s.

Editor's note: AIDS Awareness Month, observed every October, supports educational campaigns that disseminate science-based, factual, and clear information to youths, at-risk people, and the general public. With over 37 million people living with HIV worldwide, public information about its prevention, transmission, and treatment must be accurate and widely available. This month IrishCentral takes a look at some of the Irish figures involved in the fight against AIDS.

The only comparative epidemic to the COVID-19 pandemic is the AIDS epidemic when gay men, drug injectors, and hemophiliacs, in particular, began to show up in hospitals with a deadly infectious new disease in the late 1970s and early 1980s.

To give an idea of the scope of the disease, a 2019 report presented by KFF said: "The first cases of what would later become known as AIDS were reported in the United States in June of 1981. Today, there are more than 1.1 million people living with HIV and more than 700,000 people with AIDS have died since the beginning of the epidemic."

In his book “Perspectives in a Pandemic” (Refuge Press, New York) New York City-based Doctor Kevin Cahill, a leading authority on infectious diseases, remembers being stunned by the new disease which killed many of his patients within a year of first examining them. He began treating patients in 1979. 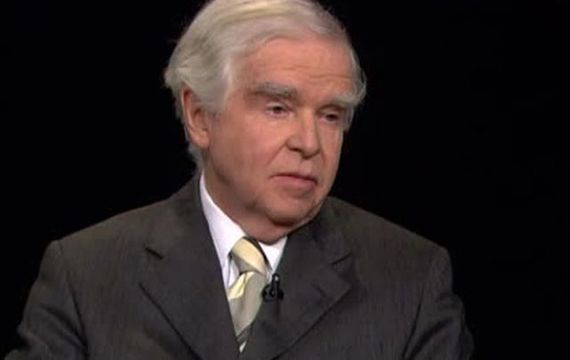 The situation was dire. Like with COVID-19, there were many false starts, as Cahill recalls, and confusion over which medicines could combat the deadly virus, with, on occasion, very dubious “miracle” drugs pushed forward.

“In the early days of the AIDS epidemic there were many similarities to our response to the COVD-19 pandemic,” he writes.

Cahill especially noted the ”shameful silence” from government and politicians, as well as from many in the medical and research communities.

Cahill describes how almost every door seemed shut to those like him, battling the disease and how critical it was that the government and the medical and science leadership step in and play a part.

Ultimately, Cahill knew that without all-out assistance from such bodies, the search for a solution would go nowhere. He was especially perturbed that an effort to hold a major AIDS symposium, featuring all the nationwide experts on AIDS who would publish a report for government, seemed to be foundering because of indifference.

Then an unlikely hero came forward - Terence Cardinal Cooke, the Archbishop of New York since 1968, whose parents were both from Co Galway.

Cooke was diagnosed with leukemia in 1965, but he did not share that publicly until just a few months before his death in 1983. As his physician, Cahill had continuous contact with him, and the cardinal asked him one day how the battle against AIDS was going.

Not well, said Cahill, pointing out the reluctance of government and politicians with the notable exception of Senator Edward Kennedy, to get involved. He told the cardinal about the difficulties with the AIDS symposium event.

Cooke made a remarkable offer: He would attend and deliver an invocation at the conference, giving it immediate prestige and his imprimatur.

Once Cooke came on board, it was like a light switch went on. Suddenly, leading figures like Mayor Ed Koch of New York were also on board, as were many health experts and key government figures.

In his remarks at the conference, Cooke went right to the heart of the matter: “I am at one with you for your concerns.

"This spirit of teamwork must go beyond the medical community and involve people of religious private and government sectors in making sure this crisis becomes an opportunity...

“You must understand the elements of the AIDS epidemic in terms of the pain and the anxiety and the fear of the individual human being ... Lord, we pray for our brothers and sisters who are suffering from AIDS and for their family  and friends.”

Cooke himself died in October 1983, but his lesson of love and caring helped change much of the thinking around AIDS. The book that came out of the conference, “The AIDS Epidemic,” which Cahill edited, was incredibly influential worldwide.

It is an invaluable lesson that Cahill teaches in this book. Sometimes an unexpected hero can help us understand who we really are. Cooke certainly led by example. We need such figures again now.