“S**thole” countries once included Ireland we should remember

Alas, President Donald Trump is a racist pure and simple. Time for Irish Americans to jump off the bandwagon. 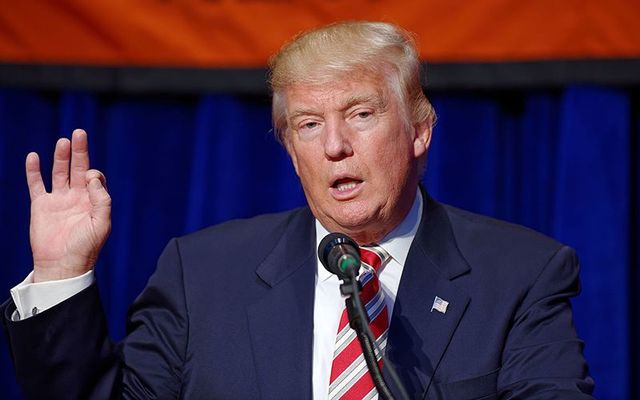 Alas, President Donald Trump is a racist pure and simple. Time for Irish Americans to jump off the bandwagon.

The president is a racist. We have elected a George Wallace clone. He is destroying America’s image overseas and creating serious division and tension back home.

In 2018 we are enduring a recurring nightmare, a president who delights the Ku Klux Klan, alarms every Black and Hispanic citizen of our country and seems hell-bent on getting re-elected as a racist nativist, like the “Know Nothings” of the 19th century who hunted Irish Catholics down.

A Democratic aide reported to NBC that Trump, on Thursday, referred to Haiti and African nations as "shithole countries" during a meeting with a bipartisan group of senators at the White House.

"A new low." The world is furious at Trump for his remark about "shithole countries" https://t.co/FySpP7KtGq

Calling African countries and Haiti “shitholes” should be the final insult for the president’s Irish supporters with their own ethnic history of being abused. African countries may have troubled pasts, present and likely futures, but the ordinary people who made it to America legally have merely sought the same American dream our own ancestors did.

Every American, bar the American Indian, has someone in their past who stepped on a boat or arrived in a plane past the Statue of Liberty, the enduring beacon of light and hope in New York Harbor.

The worse that ever came arrived in slave or famine coffin ships.

If you were looking for a “shithole” country in the 19th century look no further than Ireland not in Africa. A famine that killed over a million people, families dying on the streets, men with carts shouting “bring out your dead”, bodies everywhere being consumed by rats, families too weak to bury their own. A "shithole" country beyond description.

The British overseer Lord Trevelyan welcomed the deaths.  He said, “The cure has been applied by the direct stroke of an all-wise Providence in a manner as unexpected and unthought as it is likely to be effectual."

The Famine Irish who escaped to America disgorged from the fever-laden ships, often spreading disease and pestilence, many so ill they would not make it out of New York Harbor.

Yet they were accepted, as millions of refugees were after them. There was no talk of “shithole” countries then.

There was instead always a sense of a deep and attainable American spirit that lifted the travelers from the other world too and sent them off on their own quest for the American dream.

No more. Would Trump care a fig if a similar catastrophe happened to black or brown people here or in their country? No. He threw bread at the survivors after Puerto Rico suffered a terrible hurricane and then skipped town.

Is he racist? Mexicans are drug addicts and rapists, the KKK merchants at Charlottesville had “some good people” in their ranks, says he. Black football players are “sons of bitches” for exercising their constitutional rights. African countries and Haiti are “shitholes.”

Yes, he is racist... America has reached a very low point with the election of this man. It's a sinkhole we are slowly falling in to with him leading the way over the edge.

If there were an election tomorrow do you believe Donald Trump would remain in the White House? Let us know if the comments section below.