While Robert F. Kennedy and Donald Trump had very similar starts in life, what they chose to do with their privilege couldn’t be more different. 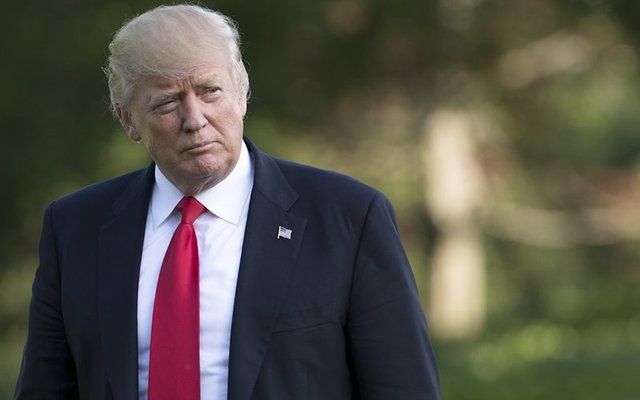 When I think about it, Bobby Kennedy and Donald Trump started out life in the same way. They were both born with silver spoons in their mouths and never, ever, had to think about where the next rent check was coming from. Both their fathers were anti-Semites: Fred Trump was arrested at a KKK rally in New York in 1927 and Joseph P. Kennedy, the American ambassador to the Court of St. James, held defeatist views when the Germans attacked London in 1940. None other than Tip O’Neill, Speaker of the House, said in his book 'Man of the House,' “…every Jew in Boston knew that old Joe Kennedy was an anti-Semite.”

But the similarities end there. One family gave their all to America; one Kennedy son was killed at war, two others had their heads blown off for their belief in the American Dream. There is the Joseph P. Kennedy Jr. Foundation, which has given millions to make America a better place to live. The Kennedy family belief was and still is, to those who are given a lot, a lot is expected from them.

The Trump Foundation? The last I heard the Donald was paying a $7 Boy Scout admittance fee out of it. There are Trump’s sleazy real estate deals, his attempts to keep blacks from renting apartments, his outrageous birther claims against President Obama, and the list goes on and on.

Trump versus Kennedy: Which family has given more to America?

Donald Trump and his wife Melania have nothing on JFK and Jackie.

Joe Kennedy Jr. was killed in combat and his younger brother John F. Kennedy Jr. was found physically unfit for the service during World War II. He asked his daddy to get him into the Navy and nearly paid with his life. Donald J. Trump? When he had his chance to fight against Communists in Vietnam—the mortal enemy of his capitalist kin—he had bone spurs. What a guy.

When I listened to President Trump on Tuesday it was with disbelief. How did this man, this vulgarian, become President of the United States of America? How could this man, the President, stand up and defend Nazis, the KKK, and other malcontents before the American public? It made me sick because all I’ve ever believed in, all that was precious to me, was the good in America.

This is the America which took the Jewish Salk family in, gave young Jonas a free education at the City College of New York (CCNY), and was rewarded with a cure for polio. This is the America that saved the world from Adolf Hitler, Benito Mussolini, and other two-bit dictators. This is the America which after defeating Germany and Japan, rebuilt those two former dictatorships into brilliant shining lights of democracies of the East and the West.  Those two nations, saved from savagery by American blood, stand tall today in the face of increasing threats from new tinhorn dictators, but, like this Republic, will survive and prosper.

But I go off track. Do you know what Trump’s press conference reminded me of? It reminded me of the night Bobby Kennedy got shot. He had just won the California primary in a brutal battle with Eugene McCarthy and as he made his way through the kitchen of the Ambassador Hotel in Los Angeles, Sirhan Sirhan came up and stuck a gun to his head, and in the great American tradition, blew his brains out.

That photo is still with me. Kennedy on the ground with the pool of blood on the floor beside him, eyes wide open, and the Hispanic bus boy, the kind of kid Trump would want to deport, beside him looking terrified. The Hispanic kid’s eyes plead for help, but there is nothing that can save Bobby now. It is said that the last words Kennedy uttered in his life were, “Is everyone alright?” Yeah, everyone, except Bobby Kennedy.

Bobby Kennedy wasn’t perfect, but he had a heart. He could be tough as nails Irish—“Don’t get mad, get even!”—but he could feel the hurt of the poor and the powerless. I remember once he was having a debate with some southern senator about miners in South Africa and the southern senator said, “You can’t believe those people—they’re communists!” And Kennedy replied, “If I had to work in those mines I’d be a communist too!” And I think Bobby would have been a hell of a great Communist!

Bobby had many sins on his soul: He liked Senator Joe McCarthy, a thug of the first magnitude; he could be ruthless in the name of his brother; unlike his brother, the president, he was slow to see the power of the civil rights movement, but when he did see it, as Lyndon Johnson’s Attorney General, he went full throttle.

But he was Irish and he had a soul and, I know, a soft spot in his heart for the underdog. I believe that congenital Irish gift became even more pronounced upon the assassination of his brother. And I always thought he would have made an incredible president, a president for poor white and poor blacks, for liberals and conservatives. He was just never given the chance.

I remember the month after JFK was assassinated and Bobby was at a function at a school. The kids were maybe in the first grade. He was introduced and one little boy stuck his arm out and said, “I know you. They shot your brother!” Every adult in the room was stunned. Bobby was quiet for a minute, patted the boy on his head and said, “That’s OK. I have another brother.” It was the sign of a remarkable human being.

But at this time of the alt-right, American Nazis, and a rejuvenated KKK, the one Bobby Kennedy story that shows the contrast between him and Trump was on the night that Martin Luther King, Jr. was shot. He was campaigning in Indianapolis that April night and it was his duty to announce King’s death to the mostly black crowd. In 556 extemporaneous words, he gave a speech that many think second only to Lincoln’s Gettysburg Address.

“My favorite poet was Aeschylus,” he said as he went on. “He wrote: ‘In our sleep, pain which cannot forget falls drop by drop upon the heart until, in our own despair, against our will, comes wisdom through the awful grace of God.’ ”

Trump could not be further from presidential

Donald Trump and RFK have very litle in common.

Which brings me back to Trump’s comments this week. Here was the President of the United States, a man who never felt for anyone or anything except himself and his wallet, telling us what swell guys those Nazis were in Charlottesville, Virginia, over the weekend. Watching him meltdown on national TV, watching his aides, especially General Kelly, around him looking embarrassed, brought back a profound sense of shame and disbelief that this country could elect him.

I thought of all the injustice in this country and all the pain in this country and there was this sorry excuse for a human being, trying to alibi the KKK and neo-Nazis. And I thought back to that great line of Daniel Patrick Moynihan and what he said when JFK was murdered: “I don’t think there’s any point in being Irish if you don’t know the world is going to break your heart.” Yes, this week, Trump broke my heart.

And then it came to me. I saw Bobby Kennedy dying on that floor and in death, he had more life in him than Donald J. Trump will ever have, even if he lives to be 100. For Bobby had an Irish soul and an Irish heart and his inspiration lives in many today, including myself. Look at Trump, dead in the soul and the eyes and he doesn’t even know it. You can take all the money in the world and drop it in Trump’s lap and it wouldn’t help him because he is soulless; he doesn’t know what makes men get up in the morning.

Trump thinks it’s money, but that’s how stupid he is. What gets people up in the morning is love, love of family, love of people, love of country, love of work, and, yes, love of God. Donald Trump thinks God’s image is on the million-dollar bill. It isn’t. It’s in the heart of men, alive and dead, who know what life is really about.

It’s kind of funny, in a way. Can you imagine Donald J. Trump, President of the United States, reciting Aeschylus? I bet he couldn’t even pronounce the poet’s name. Bobby Kennedy has been dead for nearly half-a-century, but because of his extraordinary life, there is more life in his memory than there ever will be in the man who presently occupies the Oval Office. And I bet Trump could not grasp the meaning of the poet’s words either: “…in our own despair, against our will, comes wisdom through the awful grace of God.”

I can almost hear Trump now: “What’s this ‘awful grace of God’ stuff?” Somewhere, Bobby Kennedy must be smiling, knowing that, in time, Donald Trump and his gang of anti-Americans, shall also pass into history. And that this great Republic, as always, will survive.

Dermot McEvoy is the author of the "The 13th Apostle: A Novel of Michael Collins and the Irish Uprising" and "Our Lady of Greenwich Village", both now available in paperback, Kindle, and Audio from Skyhorse Publishing. He may be reached at dermotmcevoy50@gmail.com. Follow him at www.dermotmcevoy.com. Follow The 13th Apostle on Facebook at https://www.facebook.com/13thApostleMcEvoy/