If there was ever a matchup that defines the new political situation in Northern Ireland it is that in North Belfast. 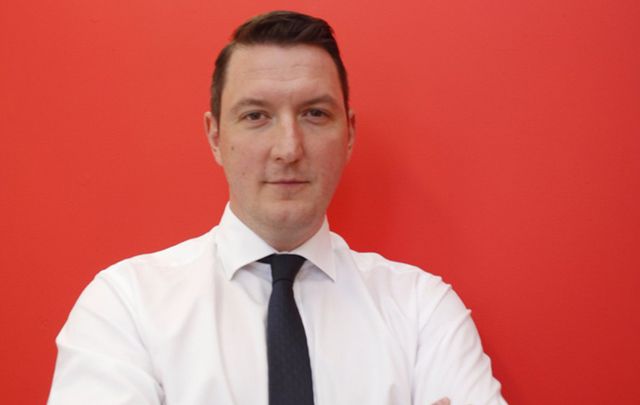 If there was ever a matchup that defines the new political situation in Northern Ireland it is that in North Belfast in the upcoming British General Election on June 8th.

North Belfast will be contested for Sinn Fein by John Finucane, son of Patrick Finucane the civil rights lawyer executed by Loyalists in 1989 very likely at the behest of the British government.

John Finucane was only 9 when he witnessed his father’s murder and watched as the assassins shot him repeatedly.

The British Prime Minister apologized publicly for the killing but refused a public inquiry.

The reason was all too obvious, the killing was sanctioned at the highest level of the British government, some believe by Margaret Thatcher herself to get rid of   troublesome lawyer, brilliant in defending many Republican clients.

Now as a 37-year old lawyer in Belfast, and like his father specializing in civil rights issues Finucane is a major recruit for Sinn Fein, potentially a party leader in the future if he overcomes the odds and wins North Belfast.

On the other side is Nigel Dodds, the DUP Deputy Leader and the party’s senior figure in the British parliament. Dodd too, had his brush with infamy and horrific deeds, this time by the IRA.

In Christmas 1996 the IRA shot and injured a police officer at a Belfast hospital where he was guarding Dodds who was visiting his gravely ill son, Andrew, who later died of spina bifida.

Nigel Dodds believed he was the real target, and the callousness of the attack was universally condemned.

Dodds told the Irish Times that he acknowledges the Finucanes’ suffering. “People talk about my opponent’s experience which was awful . . . dreadful and to be condemned,” he says. “But at the same time, I think it is important to remember that other politicians on the unionist side have been equally attacked over the years by the IRA.”

So, two literally wounded families will face off in the contest for North Belfast, long a unionist bastion but lately, because of demographic changes, drifting towards nationalism.

The race between the two men in expected to be very tight but Finucane is at a disadvantage as the minority nationalist party, the SDLP, is fielding a candidate while Dodds has no unionist opponent.

Dodds won the seat last time by over 5,000 votes but in last March’s assembly elections the two sides pretty much finished at equal levels of support. A left-wing candidate also ran in that election taking votes from Sinn Fein but will not run on this occasion.

Were Finucane to pull off the shock win it would reverberate throughout unionism sending a message that one of their major figures, seemingly secure in the North Belfast bastion was, after all, beatable.

It would also send shock waves through nationalism, and anoint a young man with a tragic past as having a very bright future indeed in Northern Irish politics.

Bookmakers don't think it will happen giving Dodds 1/3 odds, IE 66 per cent certain of election with Finucane with about a thirty-three per cent chance. Those odds are close enough. This will be the Northern Ireland seat to watch next week when the British election takes place and results pour in.