The Secretary of State for Northern said he was "not remotely satisfied" the conditions for a border poll had been met. 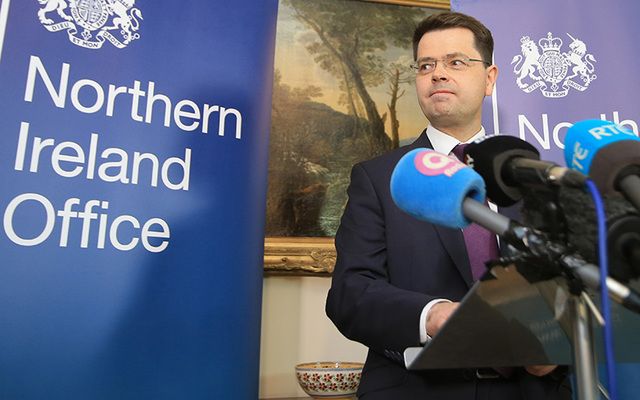 The Secretary of State for Northern James Brokenshire said he was "not remotely satisfied" the conditions for a border poll had been met. RollingNews.ie

The British Government has ruled out a poll on Irish unity in the lifetime of the next parliament.

Northern Ireland’s Secretary of State James Brokenshire said the conditions required for one were currently "not remotely satisfied."

Instead, he insisted that the province’s political parties should focus on reaching a deal that would see Northern Ireland’s Assembly and Executive restored. Currently, talks have been mothballed until after the UK general election on June 8.

However, Sinn Féin rejected Brokenshire’s assertion, insisting that he had “no mandate in Ireland.”

Read More: Moderate Unionist leader says United Ireland may be on the table over Brexit

"The Good Friday Agreement contains provision for a referendum on Irish unity and that cannot be wished away by James Brokenshire and his Tory colleagues,” Elisha McCallion - a legislator from Foyle - told the Belfast Telegraph.

Colum Eastwood, the leader of the north’s smaller nationalist party, the SDLP, has also recently come out in favor of a referendum on unity.

Eastwood said the appropriate time for such a poll would be after 2019, when Britain concludes negotiations with the EU and exits the bloc.

"I think there is now a route for actually winning a border poll. I think that we need to have one after Brexit, when the dust settles,” he said.

"A border poll is no longer solely the project of Irish nationalism but of pro-European internationalism. A unity referendum now has a much broader reach, offering us a return to the EU as a sovereign country."

Unionists have, however, rejected out of hand the idea.

DUP leader Arlene Foster told the BBC’s "Today" program she did not believe Brexit was sufficient cause for a referendum – the province voted to stay in the EU by 56% to 44%.

She added she was “very confident” that a 'border poll' would not take place in her lifetime.

The Good Friday Agreement specifies that “the Secretary of State shall exercise the power under paragraph 1 if at any time it appears likely to him that a majority of those voting would express a wish that Northern Ireland should cease to be part of the United Kingdom and form part of a united Ireland.”

Opinion polls conducted since last year’s Brexit vote showed voters divided between north and south; whilst voters in the north opposed unity by a comfortable 62% - 22% majority, in the Republic 46% said they would vote for unity and 32% against.

For a united Ireland to happen, a majority vote in favor would need to be recorded in both jurisdictions.

The last time a poll took place was in 1973; then 98.9% opted for the union but only 59% turned out - nationalist voters boycotted the referendum on the grounds that it should have involved the Republic as well.