New York’s Congressman Joe Crowley will be back

Crowley, the kind of politician you don't come across any more, has already moved on and knows what a cruel game politics can be, with 20 years of service behind him, he'll be back. 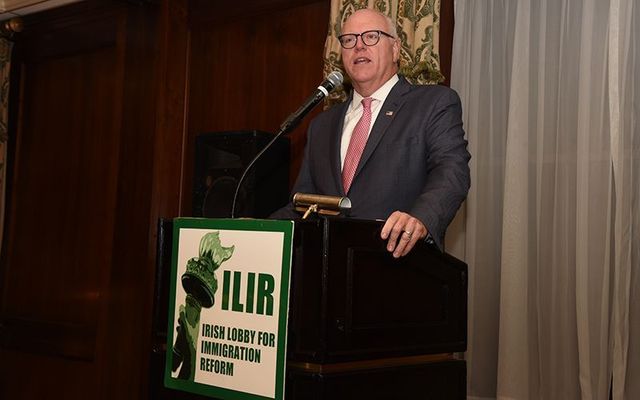 Crowley, the kind of politician you don't come across any more, has already moved on and knows what a cruel game politics can be, with 20 years of service behind him, he'll be back.

New York Congressman Joe Crowley suffered a crippling blow when losing his re-election primary to Alexandria Ocasio-Cortez in the political upset of the decade in New York last June.

Crowley had been poised to become House speaker once the geriatric clique of Nancy Pelosi, James Clyburn and Steny Hoyer finally stepped aside.

Alas, it was not to be for Joe, who found himself a victim of an ironic twist.  For the first time ever the state and federal primaries were not on the ballot the same day, with the federal election for Crowley's district in June, not September.

If it had been September for both, Crowley would have shot as Governor Andrew Cuomo, a close political ally, took Joe’s district as part of his rout of Cynthia Nixon by 20 points or so. Crowley would have come marching home on Cuomo’s coattails if nothing else.

As it was Joe’s core vote, thinking he was a shoo-in, stayed home in June and Ocasio-Cortez won a stunning victory.

While much has been made of her Latino support, it was actually newly arrived white millennials in gentrifying Astoria, Queens that made the difference in the end.

Crowley's 20 years of service was a complete unknown to them.  That and the fact that after 20 years there was overconfidence that the Crowley vote would come out which did not occur.

What to do when the job you loved is taken and the prospects of being one of the most powerful people in politics is also snatched from you? lf you are the irrepressible Joe Crowley you hide the pain and hurt and show up in Congress the next day and work just as hard on your issues, as you have been doing, until the new House is elected.

You also get back on the horse locally. Joe was easily re-elected to the chairmanship of the Democratic Party in Queens, a far more powerful position than a mere congressman.

And you never forget your Irish friends.

Last Thursday night Joe showed up at the Irish Lobby for Immigration Reform (ILIR) fundraiser in Manhattan, mixing, joking and holding court in the old Crowley way. His message was clear though -- he hasn’t gone away you know.

His speech was an antidote to all the anti-immigrant fervor of late.  His comments also ranged over his successful championing of placing the Irish Famine on the curriculum in New York high schools, the peace process with President Clinton, and his fervent desire that President Trump be defeated and the common humanity of Americans returned in the near future.

Crowley lost his seat, but he hasn't lost his charm of his vigor. As ILIR President Ciaran Staunton noted, underestimate Joe at your own risk. This is a guy who will make a comeback.

Crowley will be just 60 when Cuomo’s final term is over in 2021 – and yes, barring a total and complete shock, Cuomo will win.  Joe previously served as an assemblyman and knows Albany extremely well.

While white ethnic Catholic no longer plays that well in Queens, it is a powerful identity statewide. (Think governors Cuomo, Pataki.)

Crowley is the kind of politician you don't come across any more -- gregarious, funny, warm, able to dominate a room. Based on his comments at the ILIR fundraiser he has already moved on and understands better than most what a cruel game politics can be.

Typically, at the end of the night, he had the guitar in hand singing Irish ballads, full of good cheer.  He will be back.

Read more: Joe Biden wants the White House - that much is clear