Joe Biden wants the White House - that much is clear 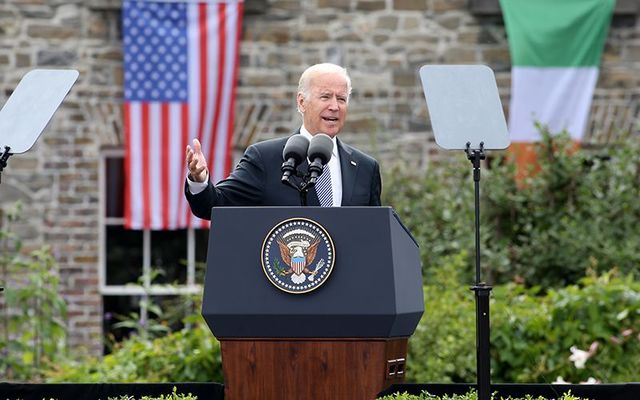 Joe Biden is 76 but looks ten years younger. If he runs and wins the presidency he will be 78, too old in many books but he can point to President Donald Trump who will be 74 next election.

Introduced as always with gusto by Irish Ambassador Dan Mulhall, Biden took to the podium for an extended tour of Irish history, his family roots in County Louth and Mayo, his grandmother who taught him everything he knows about Ireland, and much more. 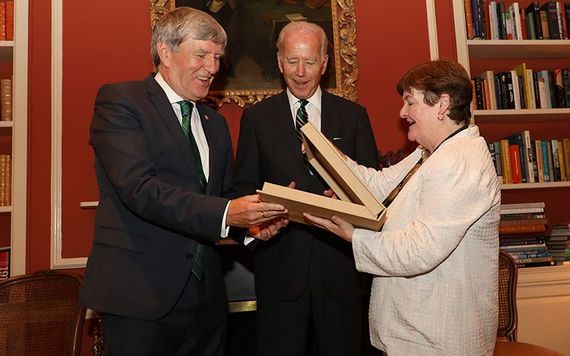 Joe Biden with Ambassador Dan Mulhall, Brigitte Schull from Cambridge University Press at the launch of the "Cambridge History of Ireland". (Via: Marty Katz)

Half of the anecdotes would have fine for most present on a steamy night, but Joe can’t help himself charging ahead like the old warhorse. He is dropping lines like “only the Irish have nostalgia for the future” as he went.

Close your eyes and Biden sounded like every politician bar none running for something. He was hitting all the right notes for an Irish audience he feels are potential key supporters in critical states in 2020.

The different kind of politician is Donald Trump. The difference between Biden and Trump is that Trump has one message tailored to all, while Biden slices and dices. There's Joe the Irishman, Joe the blue-collar union guy, Joe the foreign affairs specialist, and Joe the Vice President.

It's the old-fashioned way to build  your constituencies and pitch a different message to each.

Trump changed all that with a much more direct style. Trump was the man who makes America great again.  His speeches have the undercurrent of immigrant bashing and white male dog whistles, along with a lot of ridicule and a dissertation on how good the economy is going. 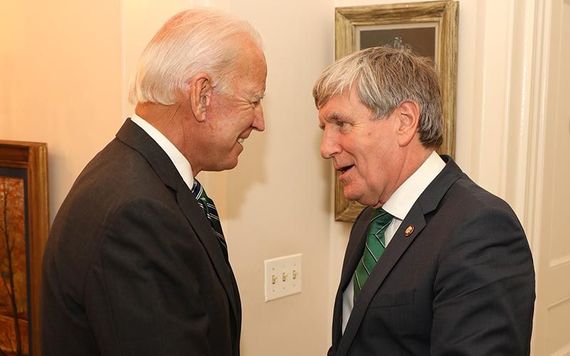 There is no need for Trump to tailor his message. It is aimed at every white man and woman period. Latinos like Mexican immigrants and blacks like Lebron James are to be pilloried and attacked. The alien is to be feared, the black to be kept down as was evidenced by his attack on black football players protesting the national anthem.

A contest between Biden and the old ways against Trump and his staccato new message would be fascinating.

It is known that Trump fears Biden at this stage more than any other opponent because of his ability to connect with Trump’s most hard line cohort, blue-collar white working-class males.

Uncle Joe may paint a picture of an amiable old uncle but there is a political brain at work like no other among the possible Democratic candidates so far. Questions will be asked though. He has had two disastrous runs for president and many of his critics say he needs to get off the stage.

The Biden I saw on Monday night was going nowhere but to hand in his nominating forms for president.

He has outlived and outshone all his contemporaries and Joe’s still standing.

The question is whether he will have it when the younger contenders begin to file for the Democratic nomination for president. Joltin' Joe will be ready willing and able for the battle - it's how he has always been.

Should Joe Biden run as a Democratic candidate for 2020? Let us know in the comments section below.