Nancy Pelosi must go and Rep. Joe Crowley must take over her job

It is abundantly clear what Democrats need to do to start winning House elections. 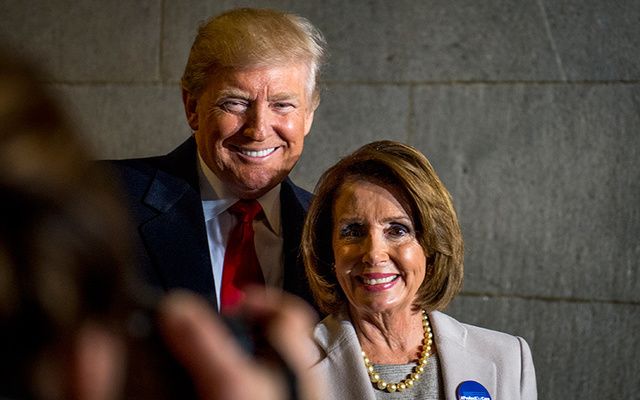 It is abundantly clear what Democrats need to do to start winning House elections.

Since she served as speaker from 2006 to 2010, Democrats in the House have been in free-fall. Her image is enough to drive Republicans to the polls and Democrats to run and hide.

And while they are at it, the Democrats also need to fire the two elderly leaders directly beneath Pelosi and leap to the number four slot.

If they do, they would elect Congressman Joe Crowley, a 55-year-old son of an Irish immigrant mother, who epitomizes the American dream, rising from working-class Queens to near the top of the political tree.

Crowley also serves as boss of the Democratic machine in Queens and knows how to get things done, that is win elections. He is also a great campaigner.

It is desperation time in Congress for the Dems. After defeat in Georgia, where Nancy Pelosi and liberal California values were wrapped around the neck of the failed Democratic candidate, enough is enough.

Bashing Pelosi has become the Republican ticket to power. As the Washington Post reported about the Georgia race: “To win, Karen Handel also resurrected a well-worn Republican strategy that helped drive the party’s electoral victories in 2010: tying opponents to House Minority Leader Nancy Pelosi (D-Calif.), a symbol on the right of out-of-touch liberal values.

“With yet another example of Republicans successfully using Pelosi as a political foil, some Democrats wondered Wednesday if it is approaching time for the 77-year-old leader and her deputies to step aside.”

Democrats need to stop wondering and make it happen.

Pelosi is a special case, like Ted Kennedy was, an opponent that epitomizes all the R's loathe. Steny Hoyer or Crowley are more benign.

In Politico, Rep. Filemon Vela said on Wednesday that Pelosi's leadership makes a Democratic majority in the lower chamber impossible.

“I think you’d have to be an idiot to think we could win the House with Pelosi at the top,” Vela said.

Yes, it is time for Pelosi to stand down along with her 78-year-old deputy Steny Hoyer and her 76-year-old third in command James Clyburn. Compare and contrast those three with the youthful GOP House leadership, Paul Ryan and Kevin McCarthy and the tragically injured Steve Scalise who are all young in political terms.

"It's time for Nancy Pelosi to go": After Georgia loss, some House Democrats says it's time for a leadership change https://t.co/UhlJ9hnpKT pic.twitter.com/ueJAYhIC8Z

The main argument in her favor is ability to fund-raise, but that pales beside her election failures.

Sure, gerrymandering is a problem, as are poor candidates, but it is incredibly clear keeping Pelosi is a Godsend for the GOP who can just run against her.

She should go. It is past the time.