The Liam Neeson lynch mob has got the wrong man

Liam Neeson made a huge mistake with his comments about seeking revenge on a Black man, but it is not a true picture of the actor. 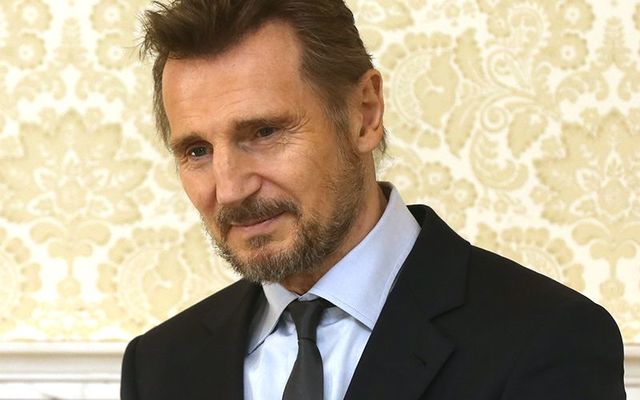 Liam Neeson at the Áras an Uachtaráin receiving a Presidential Award from Michael D. Higgins. RollingNews

Liam Neeson made a huge mistake with his comments about seeking revenge on a Black man, but it is not a true picture of the actor.

I don’t believe for a second that Liam Neeson is racist. His cautionary tale about seeking revenge, which is the theme of his new movie, "Cold Pursuit", should be placed in the context of his full remarks.

Read more: Liam Neeson speaks out on his urge to kill a “Black man” after friend’s rape

Here is the quote in full from Neeson's interview with The Independent. He is talking about seeking revenge after a close friend in London was raped.

Notice he says, “I’m ashamed to say that”  and “It was horrible, horrible that I think back that I did that.”

He is clearly recognizing how wrong his actions back then were and owning up to them.

He was attempting to explain how violent revenge is a poisonous notion that in his case could have ended very badly for both him and the person he wanted to attack.

Unfortunately, his telling of the tale was utterly undermined by the phrase “black bastard” but you have to consider Neeson was describing his mindset after the rape of a close friend back then, a mindset he now utterly rejects.

The use of “black bastard” is unforgivable and knowing Neeson there is no one kicking himself harder for such a terrible epithet. But please do not equate that sentiment as Liam Neeson’s true personality. That is not the man I know for many years at all.

What started out as an attempt at a tale of redemption has turned into a public relations nightmare for him, but it by no means encompasses the full personality of the man.

In today’s hyper-heated media environment, the only line that mattered on Twitter and elsewhere was the one with the most shock value. That’s the world we live in where context is rarely given.

Consider too, that when the shoe was on the other foot when African American rapper Azealia Banks was in Dublin two weeks ago, she said far worse.

Referring to Irish people she claimed “... most of you can't talk or write lol."

"You lot are a bunch of prideful inbred leprechauns who have ZERO global influence and ZERO white privilege. The rest of the world's white folk don't want to associate with you lot at all and it's because you are barbarians."

Two wrongs don’t make a right but what Banks stated was truly hateful and she suffered no consequences.

So, before you join the hanging line let's place Neeson’s remarks in context as described above. He uses his fame to help so many worthy causes such as UNICEF and numerous Irish charities. He has lent his distinctive voice to scores of worthy Irish efforts, the new Irish Arts Center here in New York for one. He has anonymously helped out many others who needed a hand

Ten years ago, next month Liam Neeson lost his wife in a tragic skiing accident. How he dealt with that and raised his two outstanding sons as a single father makes clear this is a class act. He was wrong to use such crude language but let’s not round up a lynch mob here over it. This is a good man who said and did something wrong some years ago and was trying to apologize for it. Unfortunately, he made it worse.

What did you make of Liam Neeson's comments? Do you agree with the reactions online? Let us know in the comments section below.