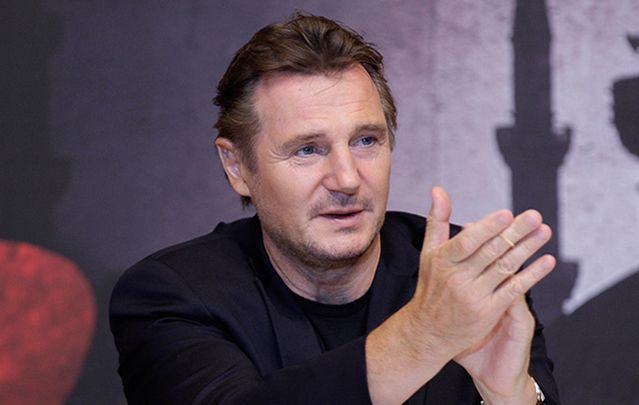 Give yourself a round of applause, Liam Neeson! You've starred in some pretty great movies. Wikimedia Commons

Liam Neeson has been acting for almost 40 years and has been credited in 99 projects for his acting skills. We are MASSIVE Liam Neeson fans. His presence in a film instantly adds credibility. For example, his tiny cameo made “Anchorman 2” almost bearable.

If you get the joke here, hats off to you.

Here are the top ten Neeson roles that you may know well and a few you may have forgotten.

After this movie, Liam grabbed his first Oscar Nominee for Best Actor in a Leading Role.

Dad of Amsterdam Vallon (Leonardo di Caprio) and a ‘priest’.

The leader of the “A-Team”, Hannibal Smith.

Suave meets tough as nails and becomes this.

Pure gold. This scene reeks of the 1980s and is a national treasure. RIP Sean Carroon.

Played a talking lion in CS Lewis’ “Narnia”. And of course Aslan the lion is an allegory for Jesus Christ.

In the name of the Father, the Lion, and the holy ghost.

Pictured above: how to make being bad look good.

Spends an entire movie fighting off wolves in “Grey”.

I don’t care how scary of a wolf you are, Liam is an intense fella.

He played a Jedi and got what every geek has always wanted: a lightsaber.

Of course, they give the Irish Jedi a green light saber.

Played the Irish Hero of the 20th Century: the Big Fella, “Michael Collins”.

If his speech in the first act doesn’t get you pumped up, we don’t want to know you.

We can't wait to see who he'll play next!