Time for Joe Biden to point out he’s a Catholic

Joe Biden may have a winning formula up his sleeve in the race for president --his Irish Catholic roots. 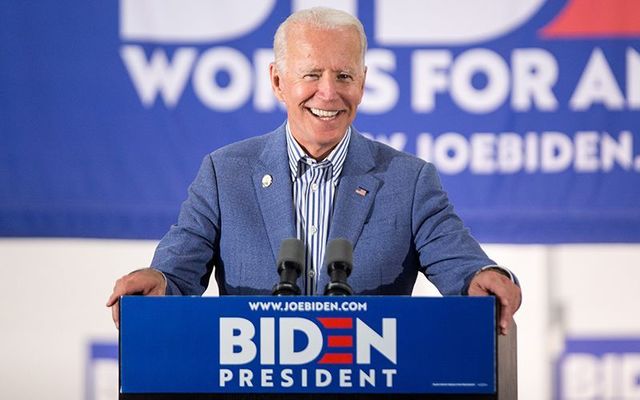 If Joe Biden can erase that margin in November it helps his chances remarkably. Overall about 12 percent of the electorate is White Catholic while another 12 percent are Hispanic/African American Catholic.

I suspect that not many Americans are aware of Biden’s religion and background. He has not got an obviously Irish Catholic background - his father’s family was British. His name is not a Kennedy or O’Neill, or Leahy, obviously Irish monikers.

But long ago Biden, who could have campaigned as an everyman, instead self-described as Irish Catholic and has strongly played up his religious and ethnic past. An indication of just how Irish those roots are can be gauged by the “Celtic” nickname the US Secret Service gave him when he was Vice President much to Biden’s delight.

The Washington Post/ABC Poll on Sunday certainly identified the White Catholic vote as a key swing group in 2020.

The overall poll showed Joe Biden up by 11 points, basically because of Trump’s mishandling of coronavirus.

Digging into the survey, however, reveals a key battleground that will heavily involve Irish Americans.

It is increasingly clear that the White Catholic vote is up for grabs in 2020. That is quite a difference with 2016.

So a 24-point margin for Trump in 2016 proved a powerful boost in states such as Pennsylvania, Ohio, Wisconsin, and Michigan, all with large numbers of Irish Catholic voters where Trump triumphed by very narrow margins.

Now that Trump is slipping, Biden’s ability to connect with white ethnic working-class voters gives him a powerful boost in those states. Indeed, according to the polls, Ohio, another heavily white ethnic state may be up for grabs in 2020 after Trump won it easily in 2016.

The latest poll is by far the most favorable to the Biden campaign among White Catholics. To close the deal he needs to make clear his own Catholic background.

The fact is that Biden is a deeply religious man who is a weekly mass-goer and carries his late son Beau’s rosary beads with him. His personal encounters with family tragedies, losing his first wife and daughter, losing his son, left him with a deep faith at a time when it would hardly have been surprising if he gave up on the church.

Though he has been in public life for almost 50 years Biden’s religious and ethnic ties are not widely known. He was the first Irish Catholic vice president and would be the second Catholic president after John F. Kennedy.

It is time he came forward, proclaiming himself a Catholic fan, committed to social justice and caring for the less well off In coronavirus times it could well be the winning and most authentic message.

More than that he needs Irish Catholic supporters to point out his heritage and religious affiliation. Former Obama US Ambassador to Ireland Kevin O'Malley has been a leader in that regard, but more voices are needed.

Read more: Trump and his death cult of governors have no shame