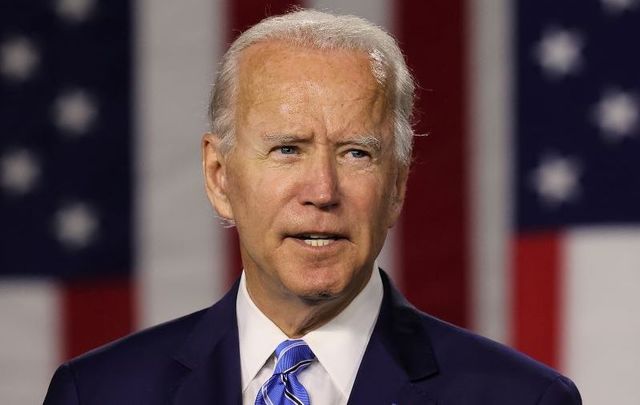 Who do you think is going to join Joe Biden on the Democratic ticket for this year's election?

In a poll that we shared on July 7, we asked you, our readers, who you think Joe Biden should choose as his running mate for the 2020 US Presidential Election.

With the Democratic National Convention just weeks away, and Biden having yet to confirm his pick, it's really anyone's guess as to who he will choose.

Biden has, however, publicly said that he is committed to choosing a female running mate, though he has yet to formally announce his choice.

Nearly 300 IrishCentral readers shared your opinion in our latest poll. Here’s how the results worked out:

Among the responses for "someone else," in no particular order, were:

There were also a few men that IrishCentral readers thought would make a good VP pick, despite Biden saying that he will choose a female running mate. Here were some of the males that came up in the responses:

Here is a selection of some of the feedback IrishCentral readers chose to share:

"Most Lethal to Trump."

"She is a Senator, was the CA Attorney General, knows how to win an election, she's smart and knows the Constitution very well, and she's a lot younger and  could take over the presidency without batting an eye."

"Realistically, the selected VP is our nominee for the 2024 Presidency. Harris is the right mix of experience, age, and charisma. Prosecutor, senator, liberal-leaning but not extreme."

"She's tough. She knows Washington. She represents the people of color in this country. She thinks logically. She's young enough to take over if need be."

"Warren is the smartest person on Capitol Hill. She's a visionary. doer and leader."

"The US needs an FDR Democratic party not more of the same Corporate Democrats who have played there part in the gradual destruction of the US over the past 40 years since Regan took office after Carter."

"To help return the Democratic Party to its New Deal/Great Society roots."

"We need a Progressive voice on the ticket."

"Unite the party and keep the progressive wing of the party involved otherwise there could be a breakaway."

"A war veteran, a brave courageous woman who will fight for the under dog and the poor coloured community."

"She is smart, well-spoken, an experienced military veteran, and is willing to be challenged."

"She's a war veteran with a history of courage and sacrifice.  She's very strong, a woman of color, hails from the Midwest (2 battleground states won by DJT) and is smart."

"Female, wounded veteran, experience in congress and senate and moderate politics.  We need to move more to the center.  The far left and right are pulling us apart."

"War hero, good judgment, kind and mature.  Acceptable by the right and independents as well as democrats."

"She is a veteran who is not a professional politician who has an excellent grasp of national security, defense and women’s issues."

"She communicates well and is not shy about expressing her opinions.  I think she has the personality to be welcomed by most."

"Her poise and intelligence throughout this pandemic shows she can lead."

"I like her ideals. She won't waste her energy on Trump's lies, racism, etc. She believes in all people!"

"Level headed in a crisis."

"She is the perfect choice for his VP. We were unable to be progressive enough to get Bernie on the ticket and Stacey will be there to help keep us moving forward.

"We need our sitting senators right where they are.  I believe Ms. Abrams is qualified, and would add excitement to the ticket."

"She's intelligent, ethical, calm and a voice of reason."

Ever the opinionated bunch, you had plenty of other suggestions as to who Biden should pick! One person wrote that Biden "should choose a Mexican background woman. He is guaranteed the Black and Liberal vote. If he wins the Latino vote as well he is home and hosed."

"She can help win Florida. Less well-known but very qualified. Also less polarizing than some other candidates."

"Rep Val Demings comes from a key swing state of Florida so she might help Joe Biden win Florida. Moreover, she is a prominent figure within the party as she was the face of the Democratic Party during the impeachment trial."

"Solid common sense approach to issues.  Can speak from the heart of the matter but is not overly flowery."

"She's ready to be President."

"It's so obvious. A woman of colour, supremely intelligent and an intellectual. Overall a winner with White House experience. It's a no brainer."

"She has the experience, respect of the world and above all else, the smarts and adoration of women everywhere."

"She was effective as the UN ambassador and as National Security Director during the Obama Administration, and she has never run for political office, which means she isn't in the back pocket of large campaign donors."

"Tremendous experience on national security amongst other issues. And ready & able to take over presidency w/out further training."

"Former US Ambassador to UN. Former Head of NSA.  Under Obama, so relationship W/Biden is established.  Happens to be black.  Stamford Alum.  Smart, well spoken, experienced in international relations and intelligence."

"Much more relevant experience and the most competent person out there who could step in as Prez immediately."

Are you surprised by any of these results? Share your opinions in the comments, below!