Figures from the annual diversity lottery visa are out and they make this Irishman’s blood boil. 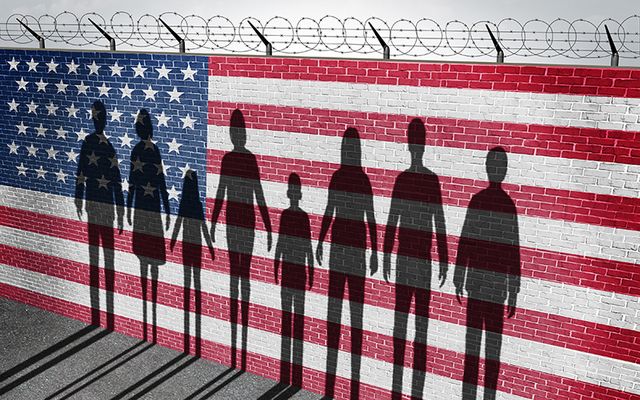 The numbers from the annual diversity lottery visa are out and they make this Irishman’s blood boil. We've been had as a nation, as one of the founder countries who helped create this great republic.

What the 1965 immigration reform act has done for the Irish is made new Irish immigrants as scarce as hen's teeth.

And yes I know, it was Senator Edward Kennedy who played the major role in drafting that law. He tried to reverse its anti-Irish outcome before he died, but it was too late,

Now comes just the latest example. Each year 50,000 US Green Cards are allocated among 35 countries who are disadvantaged by current immigration law.

The Irish originally created the visa program through US Senator Chuck Schumer, who had Ireland’s best interests at heart, but we have hardly been rewarded as other countries swamp us.

Overall, I believe the number of Irish green cards issued as a percentage of all green card visas is about one fifth of one percent.

Boy, how the Irish have fallen and you can see it in our communities with old-line Irish organizations such as the GAA struggling to field teams at senior levels.

How exactly their visa winners could ever enter the country is unclear. To say the system is screwed up is putting it mildly. Proportionate to size of population Irish applicants are vastly outnumbered when it comes to the number of applicants.

Ww spilled out blood and sweated our tears for this country. The Irish had 10,000 men in George Washington’s ranks, up to 200,000 fought for Lincoln and the union. We've had more Medal of Honor awardees than any other nation. We gave the US its Catholic school system, much of its political system, built the roads, the railways, the highways, and the infrastructure in almost every city.

Meanwhile, Afghanistan, where a large proportion of the population of the country is trying to kill our soldiers, Iraq ditto, Syria ditto and Saudi Arabia, who supplied most of the 9/11 hijackers, skate home with far more visas. Our sworn enemy Iran? Thousands of more visas than the Irish.

Frankly, it stinks. It is time this program was overhauled to reflect some acknowledgement of what Ireland and other other countries, Italy, Germany, etc. contributed to the US. We need our politically correct asses kicked.

It seems like a no brainer for some talented politician, Dem or GOP, to make the case. It is badly needed.