It will be the most watched political race this year in Ohio’s 12th District with everything on the line for November. The winner will be known on Tuesday night. 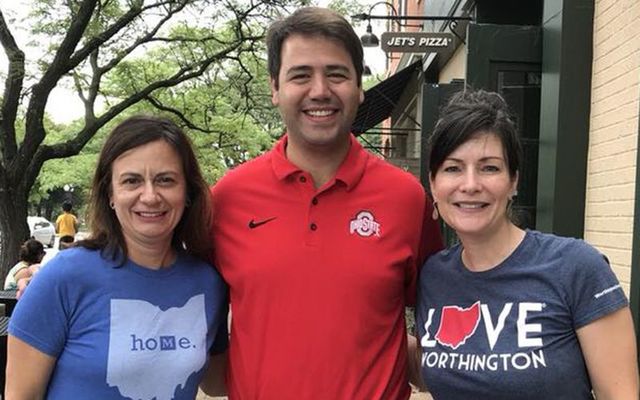 It will be the most watched political race this year in Ohio’s 12th District with everything on the line for November. The winner will be known on Tuesday night.

Dublin, Ohio voters will play a key role in deciding the vital special election for the 12th District in Ohio on Tuesday night. The race is being closely watched nationwide after Democrat Danny O’Connor suddenly began closing the massive gap between him and his Republican opponent Troy Balderson.

President Trump hosted a raucous rally on Saturday night while the GOP has begun flinging large sums at a race they never expected to be close. Polls have it neck and neck.

Dublin the town, population 43,000 hosts the largest three-day Irish festival in the world they claim every year. It is now a suburb of Columbus and a critical swing vote which could well decide the election.

Back in 1810 the early settler John Shields was responsible for naming the town after his birthplace:

"If I have the honor conferred upon me to name your village, with the brightness of the morn, and the beaming of the sun on the hills and dales surrounding this beautiful valley, it would give me great pleasure to name your new town after my birthplace, Dublin, Ireland.” So, Dublin it was.

Read more: Advice for Donald Trump from Oscar Wilde on the damage done separating and locking up children

Shields would be interested to know his Irish settlement might vote an Irish candidate and a Democrat in for the first time since basically 1936 taking constituency re-drawings into account.

Given the importance of major suburbs It was no coincidence that O’Connor was busy canvassing Dublin as the final frantic days loomed.

I just voted and so should you! It would be the honor of my life to serve as your Congressman #OH12 #Dannyonthetrail pic.twitter.com/NZhEeR3jBz

The good news for him was a decided advantage in early voters, perhaps reflecting a greater urgency on the Democratic side but no one knows what the Trump effect will be.

O’Connor has played his connections well in Dublin even though he was born elsewhere in the state his wife-to-be hails from the town.

She’s a Republican but O’Connor who grew up in a Republican enclave minimizes the differences. “Growing up in a small town, you realize folks aren’t that much different no matter what their political beliefs are when it comes to the things they worry about daily.”

O’Connor lists his Catholic faith and his parents as his guiding lights, His mother was a professor, his father CEO of a non-profit.

“My parents always ingrained in me this need to serve and give back. There was always this sense that you’ve got to do more,” said O’Connor. The Columbus Dispatch noted “O’Connor had a grandfather who was a police chief, and another was a dockworker and small-business owner.”

#TrumpIsSoOutOfTouchThat he thinks voters of #OH12 will believe his lies about Danny O'Connor.

Danny O'Connor has THE agenda that will help #Ohio12 residents and the entire country as a member of the U.S. House.

After college he joined the Jesuit Volunteer Corps and was posted to the poorest part of The Bronx where his knowledge of Spanish helped.

“You’re dealing with folks who are facing food insecurity, homelessness, eviction, veterans who have been neglected. That’s difficult to deal with,” O’Connor said speaking to the newspaper at his girlfriend’s home in Dublin. (They marry next May).

“But it was so valuable. It really puts you in a position where you recognize that every person is made in the image of God, and every person deserves to be treated with dignity and respect.”

“It doesn’t matter how much money you make or where you come from or what you look like, everyone needs to be treated with dignity and respect. That is a role faith can play in public life,” O’Connor said, citing the influence of the Catholic faith in his life.

“I think if we can focus on being a more caring and compassionate country, we’ll be a more prosperous country at the same time,” he told Joel Siegel of the Dispatch.

Troy Balderson also talks about his faith-based message and his Republican agenda differs little from Trump’s.

On Tuesday night the country will know whether to expect a massive blue wave in November or a much closer contest in the November midterms. The people of Dublin will help decide. John Shields would be proud.