At last, a clear voice for liberal unionism in Northern Ireland

"Beattie has hit on the key issue: he is both British and Irish and is perfectly at peace with that position." 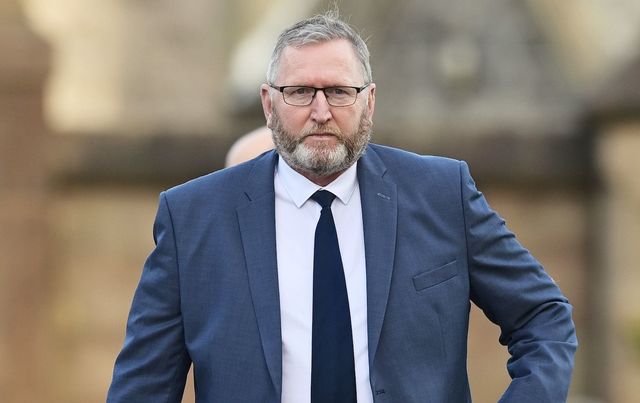 We are very used to top unionists in Northern Ireland reverting to the “Ulster Says No” certainties if anyone challenges their positions. So it is refreshing indeed to meet a leader, as I did last week, who stands firm on his unionist beliefs but is not afraid to be challenged and carry on a discussion with the other side.

Such a man is Doug Beattie, leader of the Ulster Unionist Party (UUP) once led by David Trimble, which had its glorious hour when it signed on to the Good Friday Agreement in 1998 which ended the violence and created a political structure.

The party paid for that boldness, overtaken on the right by Ian Paisley’s Democratic Unionist Party, but they must have rubbed their eyes in disbelief when Paisley did his famous U-turn and agreed to be in government with Martin McGuiness and Sinn Fein.

The UUP has now modernized and reasserted its moderate and inclusive side by electing Beattie.  He was in New York last week along with former leader Mike Nesbitt to put forward the UUP credo best summarized in an interview he gave on The Pat Kenny Show in Dublin on August 12, 2019.

Beattie stated, "I'm Irish. I'm an Irishman, and I've said this all along...I'm also an Ulsterman. You know, I'm British, I'm European. I'm all of these things and I'm multilayered...’God Save the Queen’ represents me, as does ‘The Sash My Father Wore,’ Ulster rugby. But so does the shamrock, so does Gaelic games. So does Guinness. So does St. Patrick's Day. All of these things are part of my identity."

It has been a long time since such self-confidence was evident in a unionist leader.  Beattie has hit on the key issue: he is both British and Irish and is perfectly at peace with that position.

Even stalwart opponents in Sinn Fein show a regard for Beattie who has made it abundantly clear, with his decorated British Army background, that he has the steel to speak truth to unionists as to their precarious position with demographics shifting against them.

In our interview, at the Fitzpatrick Manhattan Hotel, he was quick to reiterate his position on having no fear or favor dealing with any political party in Northern Ireland.

He is directly the opposite of former UUP member Jeffrey Donaldson, still aboard the sad little sailboat that unionism is the only political system that is qualified to rule Northern Ireland, and that his party would very likely not sit in the assembly if Sinn Fein captured the first minister position.  So Trump-like really -- you can have democracy but only if I win.

As regards Donaldson, “I am on a different path than him,” says Beattie.

He stated Donaldson was “leading a party of protest and withdrawing from engagement” with the other side, nervously guarding his right flank from the extreme Traditional Ulster Voice Party.

Donaldson has done this before, bolting the UUP when Trimble crossed the aisle and agreed to sign the Good Friday Agreement. Beatie leaves no room for doubt that he would have stayed, reflected in his view on what the UUP leader did back in 1998.

“What David Trimble did was monumental,” he says.

As to violence, Beattie, as a highly decorated British Army captain, has seen far worse that was ever witnessed in Northern Ireland in Iraq, Bosnia and Afghanistan.  His book, An Ordinary Soldier, became a U.K. bestseller.

On Brexit Beattie is open to negotiations, making clear his bottom line is that goods flowing within the U.K., say from England to Northern Ireland, simply cannot be subject to EU rules. He believes the Brexit Protocol can be managed and that unionism must play its role in working out the issue.

He has no problem sharing power with Sinn Fein even if they are the largest party.  He points out at Assembly and local level the parties work on common problems all the time.

Beattie’s public stance has won him grudging praise even from nationalists.  Of course, the question will be can he deliver?

Liberal unionism has never been tried in Northern Ireland.  Beattie could be the exact type of leader to do so.