The border is a wall with a thousand bricks, we have to remove them one by one 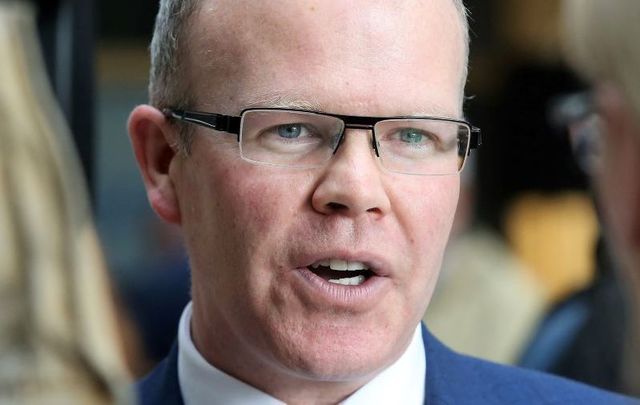 Liam Mellows, the famed Irish Republican and, like myself, a TD for the great county of Meath, said that if partition was imposed upon Ireland, that establishments would arise on either side of the partition and who would come to rely upon partition for their continued survival.

On the 6th of December of this year, it will have been a century since the signing of the Anglo-Irish Treaty. Sadly, Mellows’ prophecy has come true and there exists now, political establishments on both sides of the border who oppose taking any steps towards achieving Irish unity.

In the south of Ireland, Fianna Fáil and Fine Gael wear the clothes of Irish Nationalism and say they aspire to unity. But make no mistake, as they are organised only in the south of Ireland, unity would dilute their power and chances at government. Until they organise north and south, the Border is in their narrow self-interest and as Mellows stated, they will rely on the border for their power.

A Unionist vote is not “more equal” than a Nationalist vote. However, in the north, the leaders of political Unionism are still living under the impression that all political decisions need a Unionist majority. But that day has gone. A Unionist veto is undemocratic. Unionists state that they want to make “Northern Ireland” work but then in the same breath state that if the largest party is a Nationalist party they won’t take the position of Deputy First Minister. This deeply undemocratic instinct within political Unionism remains the largest threat to democratic functionality and peaceful coexistence of the north.

The Protocol has put the North in an economic sweet spot. It now has access to the EU market and the British market. North-south trade is surging as a result. Yet Unionist intransigence is fighting against economic growth and income increase. Unionism is cutting its nose off despite their face.

They are being indulged by a Tory government in London. The Tories know little about the north of Ireland and care less. Yet, if the North’s economy outperforms the British economy as a result of its location in this economic sweet spot, it will politically undermine the Brexit course the Tories have taken. It will haunt as a parallel reflection of what Britain could have been. Standing up for the last post of empire also motivates the jingoists in the Tory party. That the European Court of Justice still has any input in the “internal” workings of their state still irks the Tories.

Sinn Féin have not been able to evolve from a party of protest into a practical party of action. Despite being the largest party in the north and south, it's hard to think of a single practical change that has been made to bringing the north and the south together. Many in Sinn Féin have become distracted under Mary Lou’s leadership by the woke culture wars. It was startling to see Sinn Féin run to Westminster to demand that Westminster introduce an extreme abortion regime into the north against the will of the majority. For 200 years, Irish Republicans have told London that they have no right to legislate for any part of Ireland. Yet Sinn Féin has rolled out the red carpet for London to meddle on a host of issues that are devolved and in the responsibility of the administration in the north.

Despite these difficulties, we in Aontú are hopeful. We are Ireland’s youngest political movement and already we have gathered tens of thousands of votes, have over a thousand members, and have elected reps from Wexford to Derry. The Border is like a wall with thousands of blocks. Each block represents a real barrier in people’s lives. It's a barrier to the provision of cancer services, to accessing university, to a safe air ambulance service, to growing your business, to marketing of agricultural produce, to a seamless retail experience for tourists, to the development of an efficient transport system. The border represents thousands of individual barriers in people’s lives.

Three years ago, I carried out the first Dáil Committee investigation into the all-Ireland Economy since partition. I interview well over 100 people from all walks of life and from both communities. Everyone agreed that if we plan together, fund together, and deliver services together they will be better services and will cost less.

Demographics will impact on Unionist intransigence and the southern political establishment will find less room for excuses to hide their opposition to the unity. In the meantime, we in Aontú believe that we should work on creating an all-Ireland Cancer service, an all-Ireland air ambulance service, one enterprise development agency, A single university authority etc. This actions will improve people’s lives, save money, lower the border brick by brick and mean that transition to Unity is easier on that sunny day.

As the one hundredth anniversary of the treaty that divided Ireland comes to pass, we need now is the time for Irish people from all over the work to unite in practical steps to achieve unity.

*This column was submitted to IrishCentral by TD Peadar Tóibin, the leader of the Irish political party Aontú.