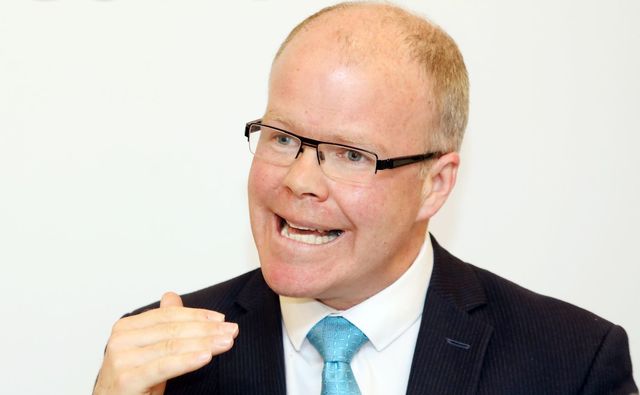 The contributions by friends of Ireland in America to the pro-life movement –  and more broadly, their support of human rights for all –  was warmly welcomed by Peadar Tóibín, leader of Ireland’s Aontú party, at a global online forum hosted by Irish Pro-Life USA last month.

“We at Aontú are also the party of the Irish diaspora,” declared Tobin, in his keynote address at the first Global Leadership Forum, a live webinar and YouTube event hosted by Irish Pro-Life USA, the non-profit and non-political pro-life group based in America.

In that regard, added Tobin, “Irish America has played a phenomenal role in the development of this country (Ireland) both pre-independence and since independence in the south of Ireland. Irish America had a pivotal role in the Good Friday Agreement, and the Ancient Order of Hibernians in America deserve, also, a significant special mention of the role it played.”

The AOH was represented at the forum by its national president Daniel J. O’Connell, who pledged the full support of the influential organization - the oldest and largest Catholic fraternal organization in America - in the campaign to protect the unborn and most vulnerable in Ireland.

O’Connell recalled the AOH’s long history of promoting the special interests of Ireland in America and back home, from the rights of Irish immigrants in America to human rights such as legal protections for babies in the womb.

Tóibín said the support of Irish America has been a boon for Ireland throughout history. Today, there are still causes that need this support, he said.  Tobin noted how Ireland, in only a few short years, went from being one of the safest places in the world for the unborn to “one of the most dangerous.”

Guest speaker Catherine Glenn Foster, president and CEO of the Washington D.C.-based Americans United for Life, also pledged continuing support for “our allies” in Ireland in the promoting of a universal culture of life. The doors of AUL were always open to Irish supporters, recalled Foster at the forum, as she laid out how a string of recent pro-life legal victories in America was a positive sign for the movement.

The forum was opened with a prayer and presentation by Father Stephen Imbarrato, the well-known pro-life activist with Red Rose Rescues who has visited Ireland.  Imbarrato, who has applied for Irish citizenship, urged campaigners in Ireland to be courageous. He also said he was encouraged by signs that the Catholic Church in Ireland was still a vital presence in the lives of the faithful, a sign that could be transformed into even greater pro-life activism on the ground.

Guest speaker Chris Slattery, founder and speaker of the pro-life EMC Frontline Pregnancy Centers in the Bronx, also pledged his organization’s support for the pro-life movement in Ireland. Slattery said much work has to be done everywhere in the pro-life movement, including supporting mothers and families who need material and charitable assistance. EMC reports it has saved 43,000 innocent children from abortion because of its missions and services.