Cable channels made a crazy decision on fake news and carried on ignoring real news. 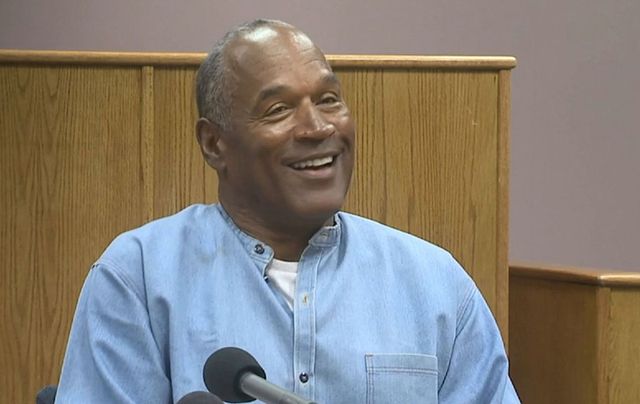 Just when you thought the media was redeeming themselves, for their dreadful election coverage and Kardashian-types overkill, along comes evidence that, given a choice, they prefer fake news after all, every time.

So, take a bow CNN, MSNBC and Fox, you almost had us believing you were going to take your public responsibility seriously and not chase every passing moonbeam. You remain, alas, a bunch of Hyperbolloxes.

O.J, a wife beater, likely a double-murderer despite what that Los Angeles jury said in 1995, gained parole for another crime, which included a conviction for armed robbery that he committed ten years ago.

Bernard Grimm: O.J. Simpson's life has been full of tumult, not at all conflict free https://t.co/vMWmgYky72

It happened in Nevada in a nowhere town called Lovelock. O.J. is 70-years-old. He is a deeply controversial figure from another era, but he has nothing to say to us anymore. He is fake news, worthy of coverage yes, but hardly of wall-to-wall mania.

Yet the cable media went nuts pursuing the latest O.J. flimflam like hounds from hell. All we need now is the Kardashians as expert witnesses and Paris Hilton as Judge Judy and we have the perfect fake news lollapalooza.

Stories ignored by cable if not by other outlets included:

- Attorney General Jeff Sessions told to resign effectively by the president? Who?

Trump's senior team was "stunned" that Sessions didn't resign today, after Trump's broadside against him in the NYT. https://t.co/0SCm4VV5js pic.twitter.com/VkVmFpETJk

- Trump pulls back from covert aid to Syrian rebels. Where?

.@POTUS: "For 7 years you promised the American people that you would repeal ObamaCare... Inaction is not an option." pic.twitter.com/WYYBxh3Eed

Just when you thought it was safe to switch back on the cable networks they revealed that O.J., not the nation’s real news, was their drug of choice.

Wall-to-wall coverage ensued. They must have been high-fiving themselves in the White House, finally a day when Trump was not under relentless scrutiny.

Even his bizarre New York Times interview in which he practically invited the Attorney General to submit his resignation was essentially ignored.

The fact that this president cannot discern that the AG is bound by law to stand independent from the White House and administer justice impartially was utterly lost on him. Next, he’ll be trying to say, “you’re fired” to Mike Pence.

Way back O.J. was big news. On October 3, 1995, 150 million Americans watched the O.J. verdict (by way of contrast, the first debate between Trump and Hillary Clinton drew 84 million Americans).

It seems the cable networks, despite the fact that 1995 was a long time ago, are mesmerized by those numbers.

They think all they have to do is ride the O.J. white Ford Bronco to ratings heaven all over again, but this is 2017 not 1995, though it can be hard to tell the difference.

In the meantime, take a bow fake news.