The vote on Brexit has ended whatever chance there was of a soft Brexit and left only one solution possible. 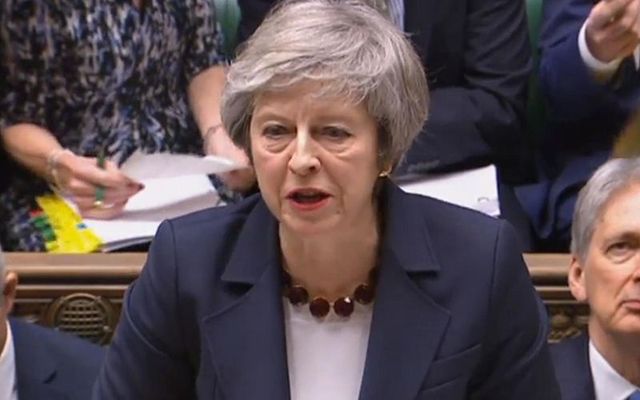 The vote on Brexit has ended whatever chance there was of a soft Brexit and left only one solution possible.

The British politicians have spoken and handed Britain’s Prime Minister Theresa May the largest defeat for a sitting British leader in the history of the House of Commons.

Despite the Brexit battering, however, it is entirely possible that May stays on as Prime Minister. Such is the desperate state of British politics today that no one else wants the job.

The massive vote against her Brexit bill was a consequence of May seeking only to please her most right-wing supporters. It was comparable to US President Donald Trump's similar mistake in reaching out only to his far-right in the recent midterm elections resulting in a rout in the House of Representatives with Democrats winning 40 seats.

May’s bill was too soft for the right and too hard for the left. Her only chance had been to convince a large number of Labour Members of Parliament and her own centrists to agree on a Goldilocks Brexit formula.

May, however, made no effort to build a Brexit consensus by including centrists in her own party and the Labour opposition which, combined from the beginning, would have resulted in a soft Brexit passing.

It was laughable to hear her promise after losing the vote to suddenly rediscover cross-party politics and vow to reach across the aisle. It is too late for her.

David Cameron, her predecessor, had the very same fate when he tried to play to the right and hold a referendum which he was secretly sure he would win and banish them for good. He lost.

May succeeded him but immediately made a colossal blunder by rushing into an election that saw her party reduced to having the Democratic Unionist Party (DUP) of Northern Ireland prop them up in power.

The DUP choke hold ensured that no solution on how to deal with the question of the non-existent Irish border would be dealt with. Thus, one of the thorniest issues of the entire Brexit negotiation was inevitably, impossible to resolve.

Despite her colossal blunder, so bad is the state of the Labour Party and its leader, Jeremy Corbyn, that it is entirely likely that May would be returned in a general election.

Like May, Corbyn has backed the wrong horse, still insisting that a deal on Brexit can be done with the European Parliament when it is entirely obvious that no such a deal can get through the House of Commons or be accepted by Europe.

Corbyn has shown zero leadership during the entire Brexit debate given that 70 percent of his party want a second vote but Corbyn opposes that solution as it clouds his own chances of becoming Prime Minister.

English xenophobia remains at the core of the Brexit quandary. Having saved the French and defeated the Germans in World War II many still feel humiliated that they need to rely on Europe at all.

The dream peddlers in the right-wing media treated it as a simple transaction, leave Europe and the jolly old British way of life would be restored before those pesky foreigners had to be answered to.

The reality is far different. Banking, investment, health care, the pound sterling, housing prices, imported goods, travel, work permits in Europe would all be dramatically impacted. No aspect of British life would be unchanged.

It is now down to two solutions - a hard Brexit that will force Britain to its knees or a second vote, a lifeline that, incredibly, Corbyn will not support. Theresa May’s ill-advised effort to pass a Brexit neither soft nor hard has had its inevitable consequence. The country that produced Shakespeare and Churchill are reduced to pygmy policies and politicians.

What would be the best possible outcome for Brexit? What's next? Let us know what you think in the comments section below.