Biden's luck of the Irish helped propel him to become the 2020 Democratic presidential nominee after President Obama threw his support behind Clinton in 2016. 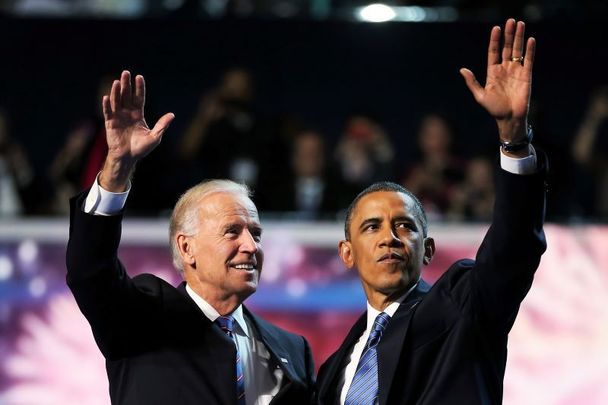 September 6, 2012: Joe Biden and Barack Obama wave after accepting the nomination during the final day of the Democratic National Convention. Getty Images

Those who believe that the relationship between Barack Obama and Joe Biden was always smooth sailing are very wrong.

Though the two men became close during their second term, Biden always knew he was expected to play second fiddle to not only Obama but also Hillary Clinton, who was always Obama’s preferred successor. Biden knew early he would have to settle for the sidelines once Obama had completed his final term.

Indeed, Obama even entertained the thought of promoting Hillary to Biden’s job after one term.

It went so far that Commerce Secretary Bill Daley commissioned a private poll and a focus group to see if Hillary added more oomph to the ticket. The answer was no, so Biden stayed.

Not that such antics would have been unknown to Biden. As New York Times columnist Maureen Dowd wrote: “After Biden teamed up with Obama, he said privately that he knew that he was unlikely to succeed the president because his party would want to make history with the first woman in the White House after the first Black president.

"Biden would have to settle for being the bridge linking the past — experience and establishment ties — to a future with the exciting political newcomer."

However, the expected line of succession was altered irrevocably by the brute power and political drive of Donald J. Trump, Hillary’s surprise opponent and conqueror in 2016. The historical drama of the first Black man succeeded by the first woman turned out to be wishful fantasy.

But Biden’s luck of the Irish had saved him for another role rather than that of a put-out-to-pasture Vice President. He entered the  2020 Democratic race as favorite, almost became a cropper with poor early performances, then riding his Irish luck again, became the chosen leader when Congressman Jim Clyburn in South Carolina anointed him.

As Dowd wrote: “But fate, which has often been cruel to Biden, has provided a stunning, soaring twist to the story. After being condescended to by Obama whippersnappers and Hillaryworld, and pushed out of contention for the 2016 race by Obama, Biden was brought back to life in 2020, at age 77, by Jim Clyburn and Black voters in South Carolina.”

And now he will be the nominee he thought he could never be. Biden could be paving the way for the first woman, Kamala Harris to be Vice President, one who talks with pride about her Black and South Asian roots.

If elected, Biden will be 82 at the end of his first term, and could very well choose to hand over the baton to his running mate Harris, perhaps paving the way for the first female president of the United States.

But as the Hillary saga exposes, there are no certainties in politics. Joe Biden might well be the most surprised man who ever was at the cusp of winning the presidency. He could make his own slice of history too by ensuring that Kamala Harris follows him.