IrishCentral Founder Niall O'Dowd and his special guest in conversation. 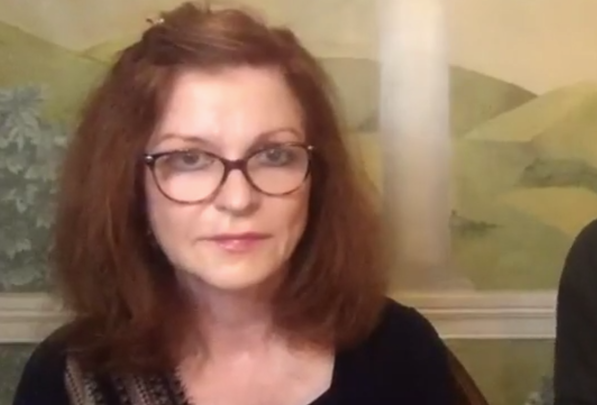 In the run-up to the 2020 US Presidential Elections, Irish American journalist Maureen Dowd discusses what's been called the most important election in American history.

IrishCentral presents NY Times' Maureen Dowd on the 2020 US election

With just weeks to go to the presidential election, this 30-minute interview with Maureen Dowd and Shawn McCreesh offers IrishCentral visitors a unique opportunity to learn the inside story of what has been widely called the most important election in American history.

Dowd discusses the upcoming presidential election and her opinion of the campaign so far as well as her observations on  Donald Trump and Joe Biden among other topics.

She has covered every White House since George Bush Senior was the occupant and won the Pulitzer Prize, in 1999, for her coverage of the Clinton/Lewinsky scandal.

In addition to being a columnist, she is also a staff writer for The New York Times Magazine. Her recent profile of Elon Musk, Founder of Tesla and Space X, is already considered a classic in journalism. Maureen Dowd's father was a native of County Clare while her mother's family came from Mayo.